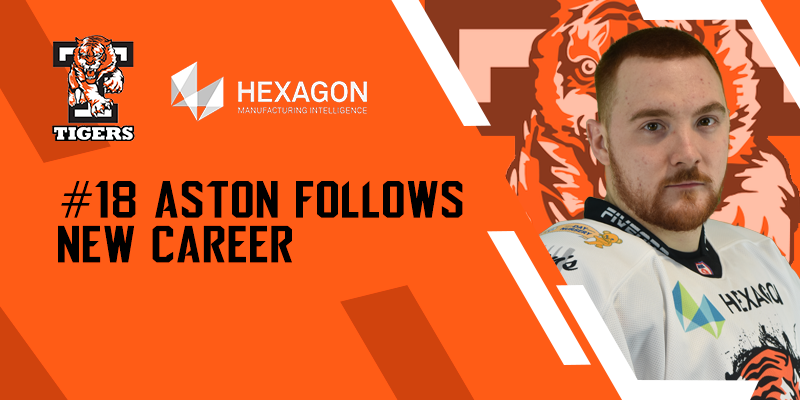 Aston first appeared for Telford Tigers in 2014 for the NIHL2 team and then appeared in the EPL in 2015 and was part of the team that won the league championship in 2017. Joe appeared for the senior team 193 times in total, scoring 48 points and was a part of the back-to-back NIHL league championship-winning teams. The club would like to thank Joe for his service and wish him all the best for the future.

Telford Tigers Head Coach and General Manager Tom Watkins commented “Joe has been an ever-present in the Tigers lineup for the last three and half seasons having played all his junior hockey in Telford probably from around 5 or 6 years old, before transitioning into the D2 team at the time with the exception of half a season spent in Nottingham whilst at University. Joe has developed into an important member of the team, he leaves with a few championships plus a couple of cups in his locker. We will miss his character around the room, always brings a lot of humour and fun to the team and is a very well liked guy on the team. Like I’ve said with other guys he will be difficult to replace particularly as he’s a Telford guy through and through and someone you knew would always put the team first.”