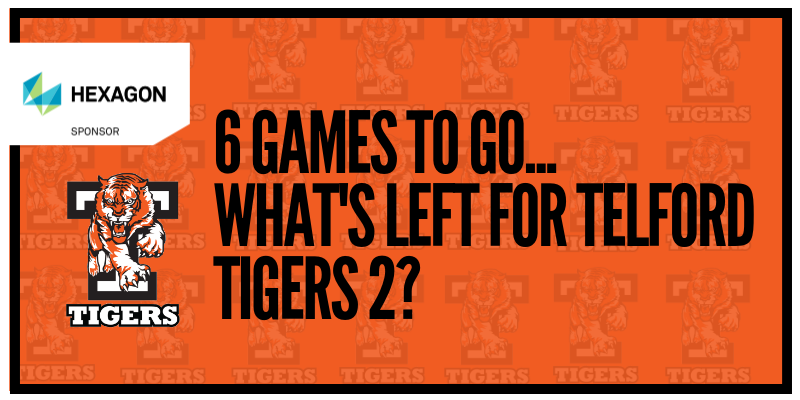 With less than 6 weeks to go until the end of the season, each team in the North 2 Laidler conference are starting to knuckle down and get some points under their belts in order to secure a spot at the North 2 play-off weekend in April.

Currently, sat at the top of the table is Widnes Wild, who’s 17 game winning streak came to a grand halt after they were defeated 3 goals to 4 by Tigers 2 back in January. The Wild quickly bounced back with another 3 wins on the trot until Tigers 2 recently visited and took home the two points after a 2 – 5 victory. Much to the Wild’s disappointment, the confirmation of a league title was another week away after the result didn’t go their way or the Aces’ way…

With only 6 games left to play for Tigers, 2 of which are at home; the maximum number of points the Shropshire side can finish on is 50 points, which would be only 6 points behind Wild if they win all their remaining games. To maintain their second-place position in the table, Tigers 2 need to win all their remaining games to leave them 1 point above Hull Jets who would then take the third spot.

Whilst the Wild comfortably sit in their confirmed play-off semi-final position, who they play will all be down to the next few games. If Telford Tigers 2, Hull Jets and Sheffield Senators win all their remaining games, those three teams will join Widnes Wild in the North 2 play-off weekend. However, if Sheffield Senators were to drop even 1 point it would give Bradford Bulldogs the opportunity to take the Senators’ play-off place.

Whilst Blackburn Hawks 2 sit at the bottom of the table, a gutsy performance against Altrincham Aces on February 10th saw the Lancashire side win their first point of the season after taking the Aces into overtime. With several surprising results of recent weeks, all the teams are indeed proving how competitive the 2018/19 league has been, and continues to be as the season comes to a close.

Tigers’ forward #40 Ben Washburn is looking ahead at the upcoming games, focusing on each game as it comes commenting;

“As cliché as it is we need to work hard week in week out at training and take games one at a time to give ourselves the best opportunity of being successful. Everyone in the team is buying into the system and stepping it up, so consistency will be key for us going forward.” 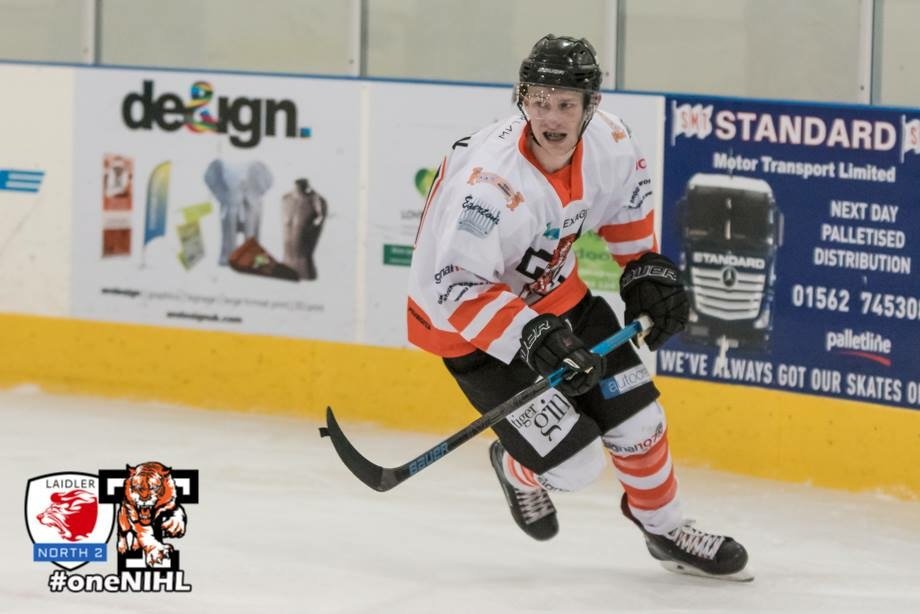 After winning 6 games on the bounce, Tigers 2’s next challenge is against Blackburn Hawks 2 in their penultimate home game of the season on Sunday 24th February at Telford Ice Rink. Tigers 2 will then travel to Deeside the following week before returning for their final home game of the season again Altrincham Aces on March 9th as well as any away trip up to Blackburn on the Sunday. Tigers 2 will then visit the Skydome Arena, Coventry where they will face the NIHL Blaze side on the 16th March before completing their 2018/19 league campaign with an away clash against Bradford Bulldogs on 30th March.

Tigers 2 defence-man Liam Preece is also feeling positive about the current position of the team and is looking ahead at the rest of the season commenting;

“The team has been doing great recently! Despite having some roster changes over the last couple of months which has left us without our full team in pretty much all of our games, guys have seen the opportunity to step up, come together to show grit and determination to make sure we secure a playoff spot, which I think has shown in recent games against Coventry and Widnes, giving us a a good win streak!

I think I speak on behalf of all the team when I say we’re more than ready for our last few weeks. We’ll stay consistent, carry on playing our system of hockey which has proven works and gets us the wins!”

The next few games surely will shape up the final table positioning and of course, them all important play-off semi-fixtures. The league winners will play against the team that finishes fourth, and second place will play third – so there is still plenty of action to come as the end of the season quickly closes in.

Final details of play-off fixtures will be announced in the coming weeks on our website and social media channels.