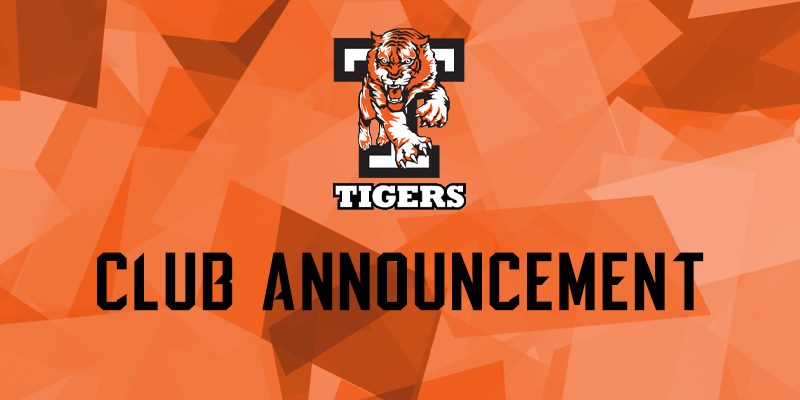 Today the Club can confirm that #88 Dan Mitchell will be stepping down from the National Hexagon Telford Tigers team and will be transferring to the Club’s Laidler NIHL 2 team with immediate effect.

Mitchell who was started the season for his fourth year with the National Tigers team, will continue playing in his number #88 shirt in the Laidler league for the remainder of the 2021/22 season.

Mitchell was an instrumental part of the double-winning Tigers 1 team scoring 6 goals and 12 points and was a regular contributor to Tigers 1 over the past 4 seasons with the following stats:

“Things change, peoples’ personal situations change and unfortunately Dan can no longer commit the time it takes to play at the National League level, it’s a tough grind on top of work commitments, every weekend it’s a slog. Dan feels he needs to take a step back to allow time for work and other things and we are all fully supportive of that decision.

He’s been an important and well liked member of this team since he stepped out of the junior club, but I respect his decision and something that I’m sure it has been a difficult decision for him But He leaves the door open and with the respect and of his teammates. He’s won a U18’s National Championship, an NIHL League & Cup which are great achievements..”

“Mitch is not only a good friend of mine but has been a fantastic team mate over the years. We have celebrated winning trophies together and that’s something that is pretty rare.

To have him joining the Tigers 2 team is great for us. He will be a leader, someone that wears his heart on his sleeve and will play with great intensity.”

Telford Tigers would like to thank J A Seals Ltd for being Dan’s personal sponsor for this season.