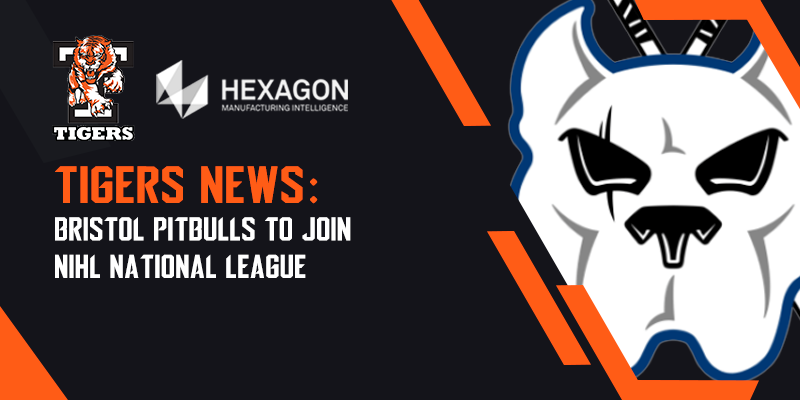 “Firstly, I would like to take this opportunity to thank you all for the amazing support during our first season back in Bristol. When we started this journey back in 2009, it was always our intention to build something special here in the city of Bristol. It’s a sport with which my family fell in love with many moons ago. A sport that tested our passion on the road until our eventual move back to our new home at Planet Ice Bristol, last October. These are exciting times for the Bristol Honda Pitbulls. We have worked hard to build strong ties with local business and engaged with the community and fans to build a strong, loyal following.

For me, it’s important as a club owner that we match that energy and enthusiasm on the ice by offering the very best product that everyone can be proud of. With that, I am excited to announce that, for the 2022-23 season, it is our intention to move up and join the NIHL National League.

The National League is the top tier of the English Ice Hockey Association’s National Ice Hockey League hierarchy. It involves teams from all across England as far north as Leeds and also brings with it the exciting prospect of a local derby against Swindon.

“We at Planet Ice are pleased that Bristol Pitbulls have made the decision to move into the National League. This means more games and a greater opportunity for Bristol people, and those from the surrounding area, to engage with both the sport and identify with a successful local team. We wish the Pitbulls all the best for the future.”

The league also has a fuller fixtures list which will mean more games at Planet Ice Bristol for fans to get excited about. It also allows us to enter the Autumn Cup and National Cup competitions to give us more targets to focus on during the season. We would like to thank the other teams in NIHL South Division 1 for welcoming us during this season. The quality in their own organisations has played no small part in helping us create entertaining evenings at Planet Ice Bristol.

An entertainment level that has resulted in us consistently selling out days in advance. We will always remain grateful for their help in getting our city excited about ice hockey once more. However, as a club, we feel this is a step in the right direction for the Bristol Honda Pitbulls. We are looking forward to continuing this journey with the support of Planet Ice and are excited with the prospects of working closely with the other teams in the National League to provided a great family experience and the next level of ice hockey. Bleed Blue”