Brodie Jesson steps up from U18’s 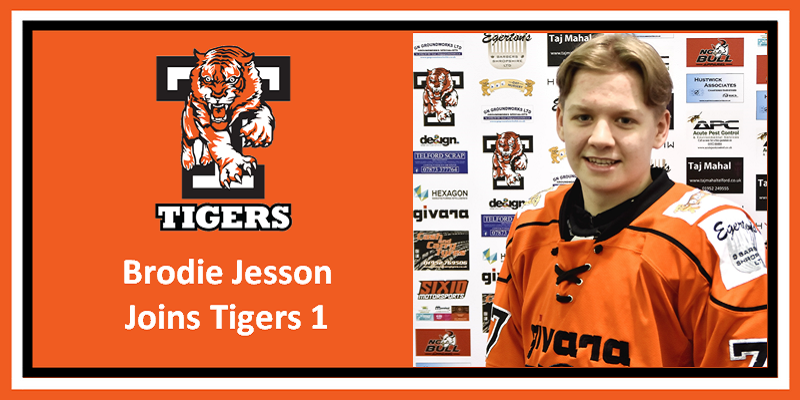 Telford Tigers 1 are pleased to announce the signing of 17 year old forward Brodie Jesson for the forthcoming season. Jesson broke into the Tigers’ senior team during the 2016-17 season, which saw him collect an EPL Championship medal. Jesson spent last season playing for both the U18 team and the senior team and collected over 100 points during the season. Brodie will wear the number 78 shirt next season.

General Manager and Head Coach Tom Watkins said, “This will be Brodie’s first season as a senior player, he’s still young, still learning but has the experience of last season and I’m expecting him to kick on further. He’s working hard on his conditioning through the summer and doing the right things. Brodie is serious about his hockey and it’s fun to coach guys with that much enthusiasm. I think he is in a good environment for his development which is the most important thing right now. Brodie was part of the U18 Playoff Championship winning team which was a great achievement for him as team captain.”

Watkins added, “He’s got solid fundamentals on which to build further and it’s up to us to ingrain the habits it takes to give him the best opportunity to make a career in hockey, but that is all down to how hard he is willing to work to achieve his goals.”

Jesson commented, “I’m  really excited to be back with the Tigers for the coming season, it’s a great club to be a part of and I can’t wait to get going again.”

Brodie’s own and loan shirts are available to order now for £100 each (Home and Away). Please see the own and loan registration page for more details and to register.