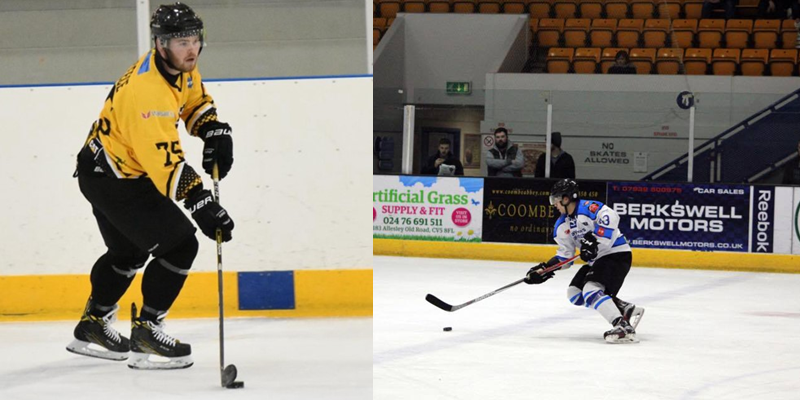 Brandon progressed through the Solihull junior system and last season iced for the Solihull Barons in the NIHL 1, playing 11 games and scoring 1 goal. Last season, Brandon also iced for the Coventry Blaze NIHL 2, where he scored 6 goals and produced 8 assists over the course of 18 games.

Coach Bowley was pleased to have Anderton on board, commenting “I’m delighted Brandon has agreed to join us for the upcoming season, as he’s a talented young hockey player with a great attitude and is keen to progress within the club. He’s a player that skates very well and has a decent skill-set, which I am sure will only improve further throughout the course of the season. I am looking forward to working with him and expect him to have a great season in a Tigers shirt.” Talking about the new season with Tigers, Brandon said “I’m excited to go through the new season as a Tiger. I’m here to work hard and improve as a player but also to help my team. I’m especially looking forward to playing with such a talented squad”

Defenceman Liam Preece progressed through the Telford junior ice hockey system where he iced for Telford under 14’s and 16’s. After progressing through juniors, Liam played for the Telford Titan’s during the 2010-11 season and then moved onto playing for and coaching the Telford Spartan’s, but he is now taking the opportunity to step up to the NIHL 2.
Coach Bowley was happy to have Preece in his roster, adding “I’m pleased Liam is going to be part of the Telford Tigers 2 for next season. I will admit, I didn’t know much about Liam prior to the trials, but I have to say he did impress me. He works extremely hard and is committed to improving his game. Everyone I talked to spoke really highly of him, so I am really looking forward to working with him and getting the best out of him throughout the season.” Preece himself is determined to make the most of his opportunity, saying “I’m extremely excited to get started with the Tigers this season. I’ve had so many people encouraging me towards the league, so I’m looking forward to showing people what I can bring to the team.”