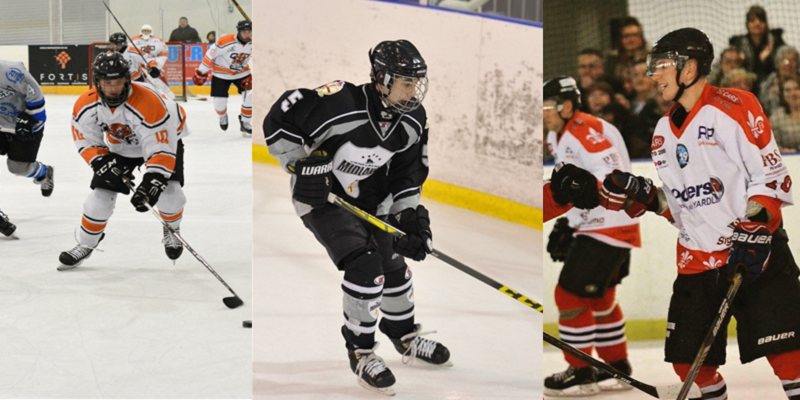 Callum Bowley has completed his Telford Tigers 2 roster with the additions of Jed Moreland, Jordan Jolly and Lewis Smith.

Young forward Jed Moreland, 16, is a player who progressed through the Telford junior ice hockey system and now has the opportunity to play his first senior ice hockey season for the Telford Tigers 2. Last season, Jed played for the Telford Tigers U18’s where he posted an impressive 31 points from 20 games. He also iced for the Solihull Barons U20’s and posted over a point a game, with 11 goals and 3 assists from 11 games. Jed is excited to be icing in Telford, “I’m looking forward to playing my first season with Telford Tigers 2, it’s going to be a tough league this year but I’m looking forward to this new challenge. I am excited to work with a team of experienced players to push ourselves to the top spot”.  Callum was full of praise for his new signing, “Jed will get an opportunity to log some valuable senior hockey minutes with us this season to continue his development. He’s a quick forward with a decent skill set and I’m looking forward to having him part of my roster.”

Another home talent, Jordan Jolly, returns to the fold after icing for the Solihull Barons U20’s last season. The quick forward netted 6 goals and contributed with 4 assists last season and will be looking to add or better last seasons’ tally with the Telford Tigers 2.  Jordan said “I’m excited to be back in a Tigers jersey after a year away in Solihull. I feel like we have a great squad with some very talented players that could potentially push for the title. Can’t wait to get the season going!”.  Callum said “Jordan is another young player like Jed, who has a really good opportunity to prove himself. He’s quick, a smart kid and has a great attitude which is a huge asset. I’m looking forward to welcoming Jordan back to Telford.”

The final piece in the Telford Tigers 2 roster is forward Lewis Smith who makes the switch to Telford NIHL 2 from the Solihull Barons U20’s and Coventry Blaze NIHL. Lewis, 20, only iced 2 times for the Coventry Blaze NIHL 2 and 7 times for the Solihull Barons U20 due to an injury picked up last season, but he is hoping to put that all behind him and look forward to the season ahead.

Lewis commented “I am looking forward to signing for Telford after missing my last season at under 20’s to injury. I can’t wait to be playing for a good team to progress with.” Coach Bowley said  “I’m pleased Lewis has agreed to come on board as he impressed me when he attended our summer trials. He’s a quick forward who is hungry to impress and is keen to develop his game even further.”