Clean sheet for Tigers 2 over Blaze… 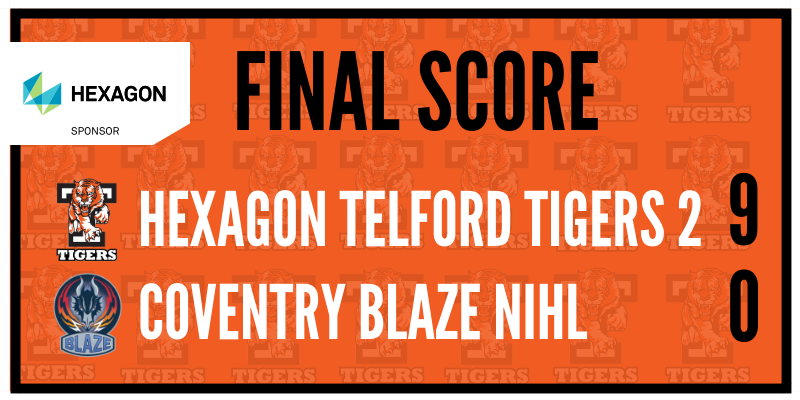 On Saturday 8thFebruary Tigers 2 took to the ice for the first of two games of the weekend against Coventry Blaze. Previous encounters between the two teams have close games with plenty of pace, so this was a fixture which guaranteed some action! 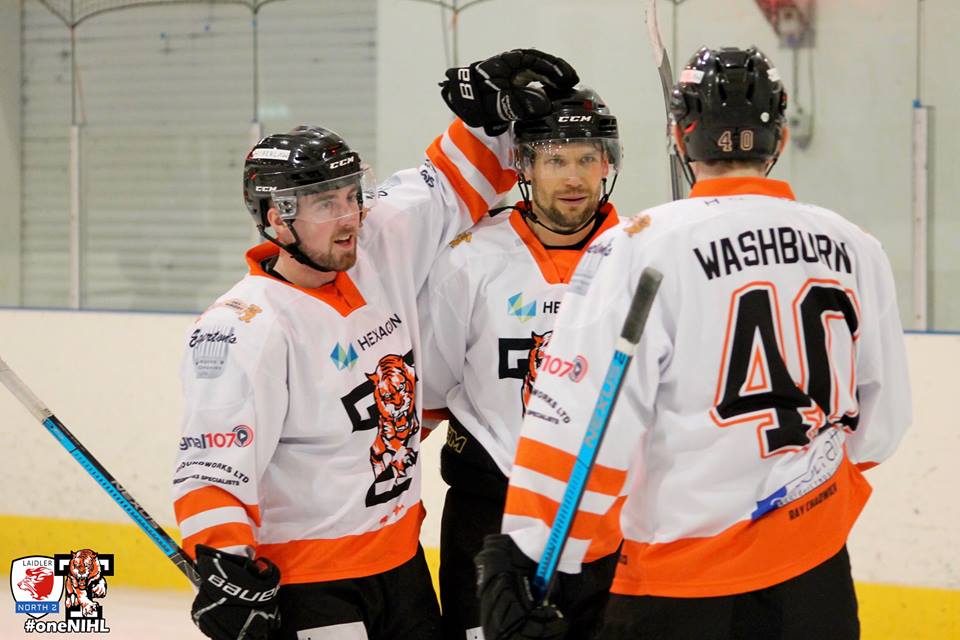 The first period started off pretty even handed with plenty of play in both ends however, it was the home team which took the lead first with an even-handed goal from #81 Supa, assisted by Washburn and Bowley at 7:07. The remainder of the period was relatively quiet with both teams pushing through with some clean, clinical hockey. Tigers managed to gain a two-goal advantage just before the period break when #72 Bowley found the back of the net at 17:48 with assists from defencemen Preece and Price.

As the game progressed into the second period, Tigers 2 still had their two-goal lead and pretty-much dominated the game until a #51 Bartholomew was called for slashing to then be ejected from the game with a 5+game penalty. The game continued, and yet again Tigers 2 managed to control the game with goals from Anderton, Jolly and Preece leading the home side to a 6-goal lead by the end of the second period.

The third and final period came along and despite the score line, the visiting team did their absolute best to not concede any further goals. The game started to heat up when Blaze’s #20 Dean received and interference penalty at 41:51, this was shortly followed by another goal from Tigers’ #59 Jolly and then some confrontation between Tigers’ #29 Keyes and Blaze’s #21 Chamberlain. The crowd fuelled feud resulted in both players receiving 2+2 minute fighting penalties with an additional 2+2 roughing penalty for Chamberlain followed by a match penalty for fighting.

The crowd were treated to another brawl shortly after when Tigers’ #18 Hustwick and Blaze’s #20 Dean did the tango with one another in front of the net; both players bagged themselves a 2+2 fighting penalty.

Enough with the fighting and Tigers were still focused on winning the game… another ‘Supa’ goal with another assist from #40 Washburn and also #13 Gordon put the Tigers 8 goals in front with less than 10 remaining in the game. This was swiftly followed by an even-handed goal from Tigers junior player #36 Henry Adams at 53:27.

The final buzzer sounded and it was another 2 points in the bag for Telford Tigers 2, another step closer to securing their spot at the playoffs.

Telford Tigers 2 player coach Callum Bowley was pleased with the outcome of the game commenting;

“Everyone put in a strong performance and it was great to see a lot of different players getting on the board. I thought we were much smarter on the puck, we didn’t try to force plays that weren’t there and we played as a unit for 60 minutes. Coventry are not an easy team to play against as they never give up working and they play with a lot of energy, therefore to see us control the game from start to finish was very pleasing.”