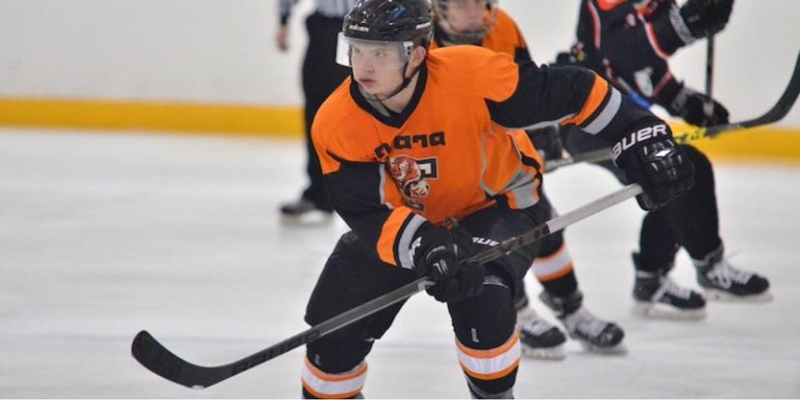 Telford Tigers have secured the services of highly rated GB U20 defenceman Corey Goodison for the 2017/18 season.

Goodison returns to Tigers for his third season after moving to the club from Coventry Blaze NIHL in 2015.

Corey, 20, a league winner with Tigers last season didn’t need much persuading to sign on with the club for the new season, saying ‘I’m looking forward to be back playing at Telford for my third season. I can’t wait for the season to start and see what it brings, after last season it wasn’t a hard decision to sign for the club again.’

Tigers fans have seen the combative Goodison continually improve in his time at the club and Tigers Coach and GM Tom Watkins is pleased to have him back with the club for the new season.

Watkins commented ‘Corey was a great addition to my D core last season, he has worked hard for his opportunity and has improved immensely over the last two years. He’s dedicated, works hard off the ice to continually improve his game, it’s one of the things I like about him, he is prepared to take the time and make the commitment to improve. Defensively he is solid, reliable in his one on one situations, he battles and competes for net front and corner positioning. We worked hard on his transition game last season, which is key to our team offence.’