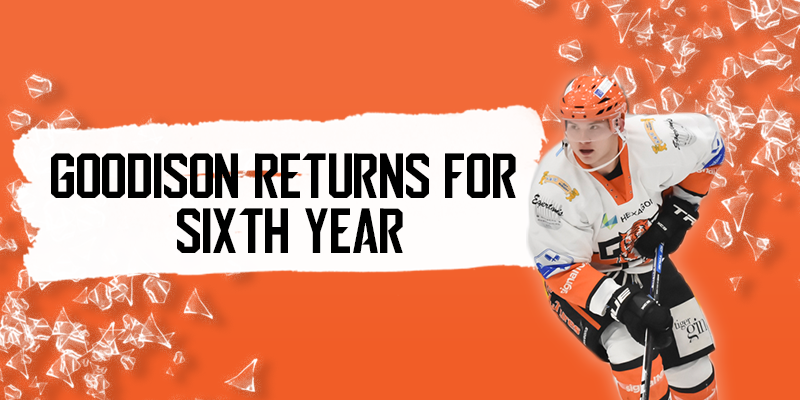 Telford Tigers are pleased to announce the return of defender Corey Goodison for the 2020/21 season. Goodison will return for his sixth year with the Tigers and will wear the number 16 shirt. Goodison’s performances last season saw him nominated on the shortlist for NIHL defenseman of the year and score a creditable 29 points.

Corey stated, “As soon as Tom rang to discuss last season and on the back of the success we had on winning both the cup and the league, we started talking about next season and as soon and we started talking, I didn’t really think twice about resigning for the club and was delighted to sign again and see what this season can bring. Hopefully another season of success like last year.”

Tom Watkins, Head Coach and General Manager, said, “Corey has become a key member of this club over the past five seasons despite being just 22 years old. He takes on a lot of responsibility, plays key minutes, match ups and another one of our D core who did an outstanding job for us last season. I still believe he has the desire and tools to keep improving, to keep working at his game to be the best he can be. I’m sure Corey will again be an integral part of the team’s success again as he has all the tools and he is somebody we will lean on heavily to give us a platform from which to win every night.”

We would also like to thank Egertons Barbers who have agreed to be Corey’s individual sponsor for a further season. Corey’s own and loan shirts are available to order now for £100 each (Home and Away). Please see the Tigers’ Online Shop for details.