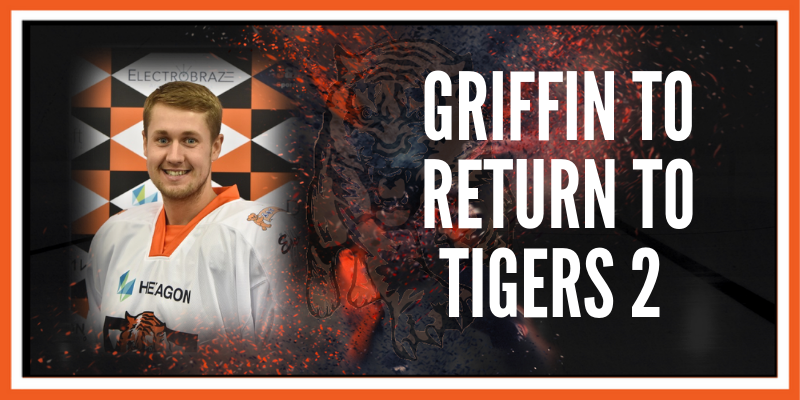 Griffin returns to Tigers 2! Telford Tigers are pleased to be announcing the return of another familiar face. Following the exciting news of Karol Jets returning to Tigers 2, the club are pleased to announce that Callum Griffin will be re-signing for the new season. 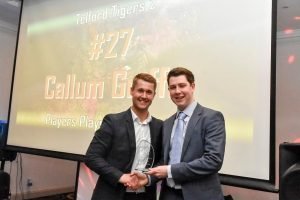 The 25-year-old forward first appeared on Telford Ice in 2008 where he began his hockey career progressing through the Telford Junior system. Since then, Griffin has iced for several teams playing out of Telford ice rink such as, Telford Trojans, Titans and then finally Telford Tigers. The past two seasons have been Callum’s strongest throughout his career, with last year being his highest number of points accumulated during the season; bagging an impressive 40 points in 28 games.

Tigers 2 player coach Fielder commented on Griffin’s return saying; “At only 25, Callum is one of our most experienced players having played senior hockey from 16 years old. I’m expecting a great season from Cal, after 40 points last season I want him to hit at least 50 points this season. He’ll be leading by example from the front, helping to progress our younger players into the team.”

Griffin, who will be returning to Telford Tigers for a sixth season and who also scooped last seasons’ players’ player award is delighted to be returning commenting;

“I’m looking forward to the upcoming season! We have a solid foundation that Bowls built over the last two seasons and I’ve personally brought my game on which I thank him for.” 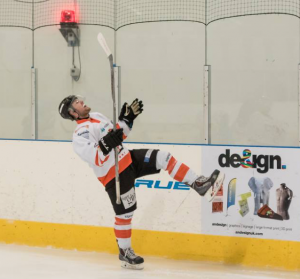 Callum Griffin ‘lighting it up’ at home last season.

Griffin has played alongside Callum Bowley for the past 4 seasons in Telford.

“When I first started playing hockey in Telford on the beginners’ programme; Ces was my coach so I’m looking forward to him coaching me again. Hopefully we can add some fresh faces to our good core of guys and push for some silverware!”

Callum’s #27 own and loan shirts are available to order now for £75 each (Home and Away). Please see the Telford Tigers online shop for more details.