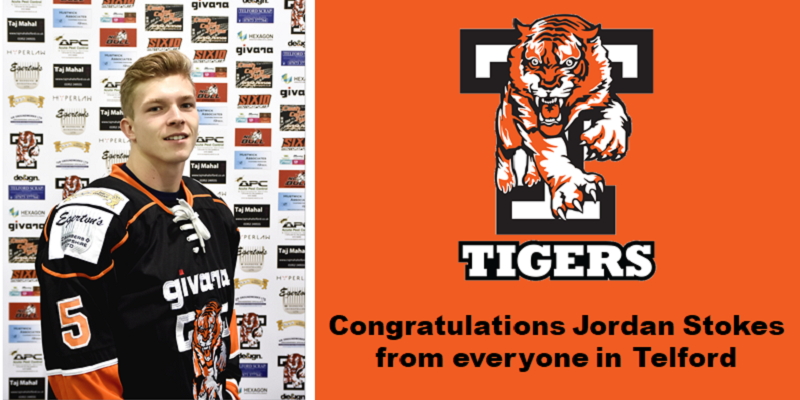 Everyone involved with Telford Tigers, players, volunteers, management and  supporters would like to congratulate Telford Tigers 1 forward Jordan Stokes on his long list selection for the GB Under-20’s squad for next months U20 World Championship in Dumfries, Scotland.

The six-team IIHF Division 2 Group A tournament runs from Sunday 10th to Saturday 16th December 2017 at the Dumfries Ice Bowl.  GB will face Estonia, Japan, Korea, Netherlands & Romania as they look to secure promotion back to Division 1 of the World Championship structure.

GB begin the tournament on Sunday 10th December against Romania, followed by a game on Monday 11th December versus Estonia.

They round off the competition by facing Japan on Saturday 16th December. All GB games face-off at 8pm.

The squad in full is as below: