Karol Jets and Simon Harrison sign on with Telford Tigers 2 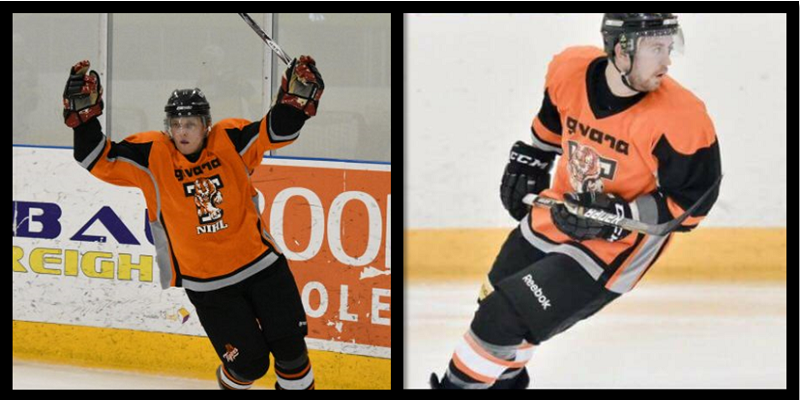 Telford Tigers have completed the signings of forward Karol Jets and defenceman Simon Harrison for the Telford Tigers NIHL 2 team.

The experienced Slovakian Jets has been playing in Telford since the 2005/6 season with the exception of one season with local rivals Solihull Barons in the 2006/7 season.

Throughout his time in Telford Karol has consistently put up numbers for both goals and assists and been a key component in the Tigers NIHL teams of the past few seasons.

Telford Tigers 2 coach Callum Bowley was delighted to have the returning Jets back on his roster, commenting ‘It’s great to have Karol back on board, he’s a gifted hockey player that turns up every night and I’m looking forward to him playing a senior role on the team and posting some big numbers.’

In defence Harrison brings bags of experience as well, having iced for Solihull Barons and Nottingham Lions as well as seven seasons with the Tigers NIHL. He has also won the NIHL North league and playoffs in his season with Solihull.

Coach Bowley was equally enthusiastic about adding Harrison to his squad, adding ‘Simon is an experienced player who improved significantly last year, I will be looking for him to carry on from last season and play a senior role in the team. He will definitely be a go to guy in our defensive unit.’