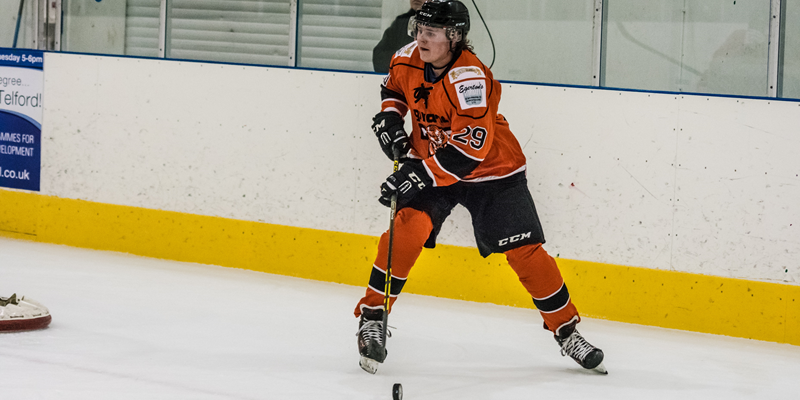 Tigers General Manager and Head Coach, Tom Watkins, said “I’m disappointed to have to release Kim, he has done nothing wrong and was playing well for us.  Kim had fitted into the dressing room quickly but we took a decision a couple of weeks ago to sign Adam Jones and change an import defenceman for a British defenceman.”

Tom added “Playing with two imports, one forward and one defenceman has proven to be difficult at times, there have been moments in games when we would have liked Kim on the Ice but due to the import restrictions he has had to roll a shift”

Everyone at Telford Tigers would like to thank Kim for his efforts with the club, both on and off the ice and wish him all the best in the future.