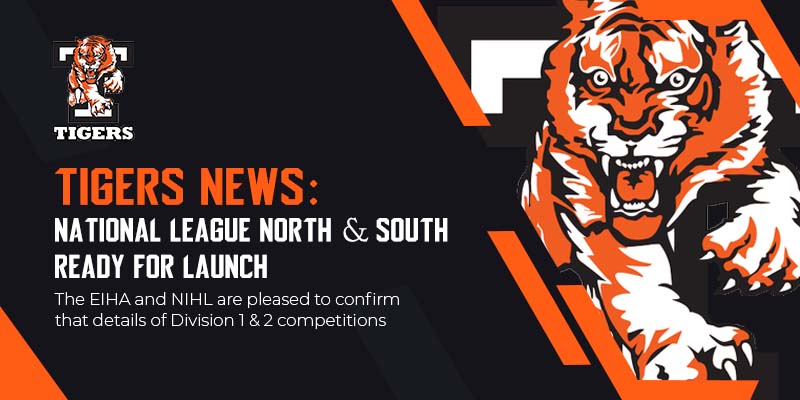 READY FOR LAUNCH The EIHA and NIHL are pleased to confirm that details of Division 1 & 2 competitions will be announced over the next four days advising the competing clubs, league format, playoffs and cup competition information.

Clubs and the league have been involved in discussions in recent weeks about the return of competitive play in the NIHL after successful events played behind closed doors during the spring.

We are delighted to have 39 teams signed up to take part in the 21/22 season playing in four divisions.  League format, any cup competitions and post-season formats have been agreed and will be announced division by division starting with North 1 (Moralee) on Friday, July 30.

Full details will be announced one division per day starting tomorrow, Friday, July 30.

EIHA director Andrew Miller, who leads for the NIHL, said: “We are pleased to have our competition formats agreed and myself and the Board are grateful to the clubs for engaging with us to make the NIHL return to play as good as it can be.

“The formats we will announce have teams playing at the right level with the right amount of games to suit their own club model.

“We are also pleased to be able to support clubs wishing to enter what would have been U20 sides into the NIHL, cementing the league’s place in the development pathway for our athletes moving from junior to senior hockey.

“After ceasing the leagues in March 2020 we are looking forward to welcoming supporters back into our rinks at all levels of the NIHL and for our teams to serve up an enjoyable, competitive season which will draw to a close with league title races, cup finals and playoff championships that everyone involved can get behind!”