Next up for Tigers 1 – Basingstoke Bison 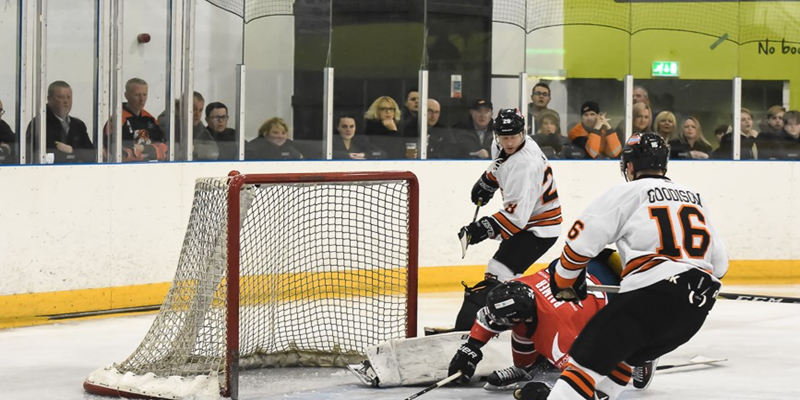 Ahead of this weekends game against another former EPL team in Basingstoke Bison, we spoke to Telford Tigers General Manager and player/coach Tom Watkins to get his thoughts on the start to the season and the challenge the Bison will bring to Sundays game at Telford Ice Rink.

Tigers opened the season with two wins in the first weekend following the preseason victory against the Billingham Stars. A win on penalties at home to Sheffield Steeldogs on Saturday followed up by a win on the road at Nottingham Lions on Sunday last weekend.

“I think the start to the season has been ok, we’ve got a familiar feel to our line-up, with some younger players coming through. I’d like us to take more of the chances we are creating and be more clinical, especially against some of the former EPL teams.” said Watkins.

He continued “ Playing again myself has changed my focus on a game night but I’ve got a good group around me and I feel that is working well both on and off the ice.”

Looking ahead to Sunday’s game against the Bison, Tom added “It’ll be good to face up against Basingstoke, we’ve got an existing rivalry that has built up over the years and it will be good to continue that. They are a well coached team, similar to last years team minus a few imports, but as with all the teams they will be looking for their Brits to step up and take more responsibility on special teams, it will be interesting to see if they can do that. I’m happy that our Brits and younger players are doing that and are comfortable with that increased responsibility. It’s always exciting facing teams for the first time in a season and seeing how they line up, how they perform and competing against them.”

Sundays game against the Bison faces off at Telford Ice Rink at 6pm.