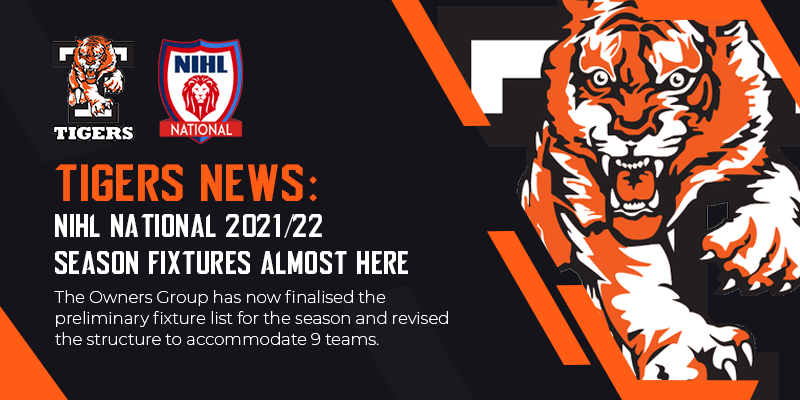 Fixtures Almost Here. Following on from the announcement by Hull earlier this week that, due to ongoing repairs to the Hull Ice Arena, the Hull Pirates are unable to take their place in the NIHL National competition for the 2021/22 season, the NIHL National Owners Group would like to give thanks to Hull for everything they have done in trying to compete, and to place on record that Hull continues to be part of the NIHL National family, they will be missed, and we look forward to their return in the 2022/23 season when it arrives.

The Owners Group has now finalised the preliminary fixture list for the season and revised the structure to accommodate 9 teams.  The revised format will see a total of 28 home fixtures plus pre-season and playoffs.

The key details are:

Fixtures will be released this coming Wednesday (21st July) at 7 am so get your calendars ready!