NIHL NATIONAL LEAGUE: Planning for a return to action 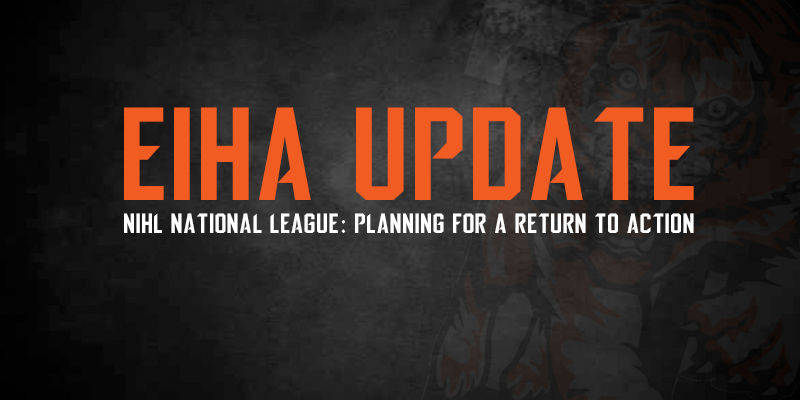 The management group representing the ten-member teams of the NIHL NATIONAL LEAGUE have continued their Zoom meetings during the past 4 months, involving the EIHA’s Andrew Miller, to discuss the options in terms of resuming competitive hockey. The management group is a valuable forum for shared experiences and is being used to ensure a unified and consistent approach.

All eyes are of course on the announcements from central and local government, Sports England, rink operators and again the EIHA in respect of relaxation of the restrictions and the slowly growing attendances allowed at public events and the required precautions and procedures.

The ability for many rinks to be able to re-open “hopefully” 15th August is a welcome start and litmus test for the return to action planning. With that in mind the management group are to “meet” again around 29th August to discuss further, amongst other items:-

All ten of last season’s teams are committed to take part this coming season and the appetite is strong to have a full 26 week league season with pre-season challenges, mid-week games for cup semi-finals and finals, post season play offs, and of course the Coventry finale.

The start and end dates will of course also be influenced by the permitted size of crowds within enclosed spaces. In hockey where the spectators are the major revenue stream, empty venue games are simply not viable unlike other sports.

A spokesperson for the National League said:“All management teams remain upbeat and committed to getting their teams back on the ice as soon as possible. Player announcements are flowing as usual for each club and all players, staff and volunteers are ready and raring to go”