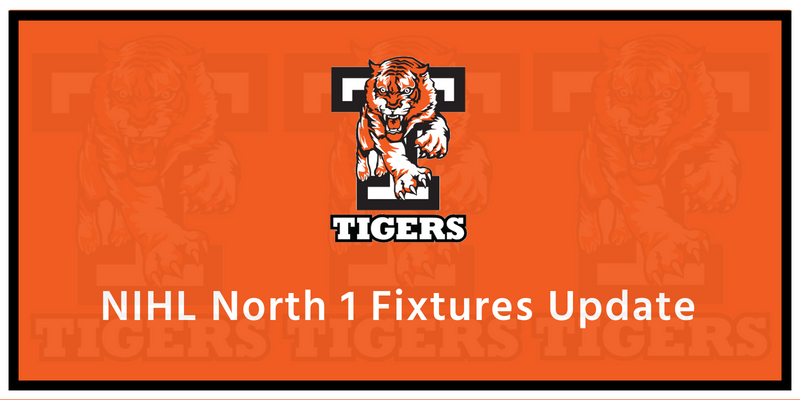 The National Ice Hockey League (NIHL) LMC are pleased to release the fixtures for NIHL North 1 (Moralee) for the 18/19 season.

There will be ten teams in NIHL North 1, as Sutton Sting return to the top flight after winning NIHL North 2 last season. Each team will play two home games and two away games against each other in the league.

Once again, we will be competing in the North Cup competition where there will be seven teams competing, including the relaunched Murrayfield Racers. The first Cup round will be one home and one away against the other six teams, with the top four sides qualifying for the semi-finals.

The competitive season starts on Saturday 1stSeptember, running through to Sunday 17thMarch, after which the postseason will begin.

North 1 defending champions Sheffield Steeldogs begin their title defence on opening night away to Billingham Stars. Promoted Sutton Sting have a home and home with Hull Pirates over the weekend of September 8th & 9th to kick off their return to Division 1 hockey. The iconic Murrayfield Racers name will take its NIHL North Cup bow also at Billingham Stars on Sunday 9thSeptember.

Because of this, the arranged Telford Tigers challenge fixtures with the London Raiders will no longer take place due to the league season commencing on the 1st & 2nd of September and the league fixtures taking precedence.

Telford Tigers home and away fixtures will be published very soon.

Fixtures for NIHL North 2 are now underway and are expected to be confirmed in the coming days.