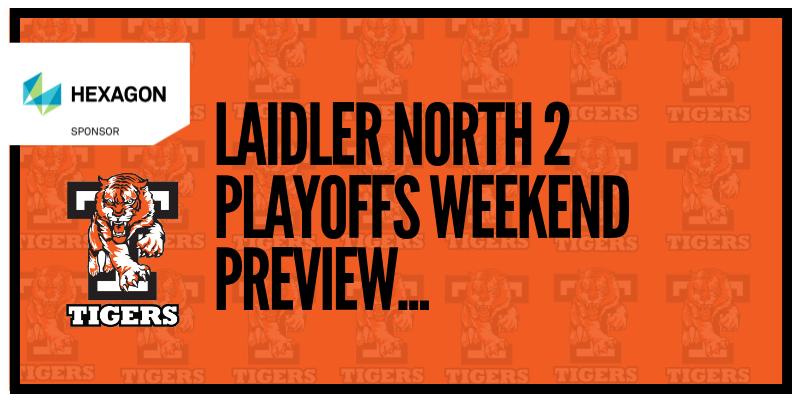 Now the domestic season now over, Telford Tigers 2 have only one thing to focus on now… the NIHL North 2 playoffs weekend. With the playoffs now only one week away, and the Tigers’ opponents having been confirmed for a few weeks; Tigers 2 player coach Callum Bowley is in full swing of preparations for next weekend with his roster.

Playoffs hosts Widnes Wild were confirmed as League Champions following their victory over Altrincham Aces last month and they will not only have the playoffs to focus on; but also the NIHL 2 National Championship game which will take place this weekend in Coventry. The Wild will be up-against NIHL South 2 Champions Slough Jets who took it down to their last game of the season to take the Wilkinson League title.

Next weekend, Widnes will be welcoming Bradford Bulldogs to their barn for the first semi-final of the weekend; a history book game for the Bulldogs as they play their first ever playoff fixture in the existence of the club. In February, the Bulldogs found themselves with a third place position on the league table; a position which they battled for against Hull Jets who pipped them to the post following the result of a rearranged fixture against Altrincham Aces.

Hull’s domestic season still isn’t over with another fixture to play this Saturday against Coventry Blaze; a second rearranged fixture for the East Yorkshire side. With no more weekends to spare, Hull will be going straight to the playoffs having had no rest weekend unlike Tigers 2.

Tigers 2 who finished only 6 points behind Widnes Wild will face Hull Jets in the second semi-final of the weekend.

“The lads are all excited for the playoff weekend” says Callum Bowley.

“We know we’re going to be playing Hull, so that’s helped in our preparations over the past few weeks. They’re a team we’ve had really good games against and I expect the same when we face them at the playoffs. I don’t want to comment too much about them as a team, as we just want to focus on what we need to do to succeed.”

Tigers 2 have suffered with an inconsistant roster at times this season, with players being out due to injury, work commitments, academic commitments and not to mention those who played for Telford Tigers 1 as-well as National teams.

“We’ve got players returning from injury and we’ll be arriving with a full team which is exciting, especially as we’ve struggled all season with players in and out of the roster. We’re motivated and we’re turning up with one thing in mind and that’s to win.” Bowley comments.

“We’ve been playing some really good hockey and the commitment from the lads at training to put in the work is awesome, we just want to do everything we can over the next week so we’re well prepared. We just want to get it going!”

Telford Tigers would like to thank everyone who has supported Telford Tigers 2 this season during both home and away games and we are thoroughly looking forward to seeing as many of you as possible at the Playoff Weekend in Widnes. Limited tickets available online here!