The Hunt is over! Oliver Hunt joins Tigers 2 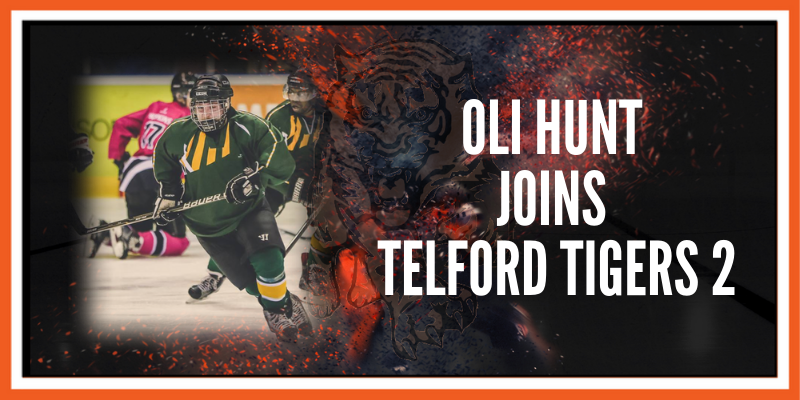 The Hunt is over! Oliver Hunt joins Tigers 2 – The club are pleased to announce that Oli (Oliver) Hunt will be returning to Telford.

Hunt first started his Telford hockey career in 2009 where he joined Telford Venom. Hunt iced for the junior Venom team for three seasons before progressing into the Under 18s league where he iced for Telford Trojans.

The 22-year-old made his first senior appearance for Telford in the 2012/13 season where he iced for both the Telford Trojans and Telford Titans. Whilst Hunt has several years of Telford hockey under his belt, the forward also found himself on the Midlands squads starting from Under 11s right up to Under 17s. Hunt also bagged himself a place in the Nottingham Mavericks B squad for two seasons playing in British Universities Ice Hockey Association.

“When I saw Oli on the ice in the summer I would have never have guessed he’d not skated in 2 years. I think Oli is the player I’ve been looking for to strengthen up our scoring lines. He’s fast, skilful and can put the puck away too!”

Oli, who will be returning to Telford after almost 5 years is delighted to have joined the roster for the upcoming season;

“I’m really excited to be back in Telford, playing with the guys I grew up with. I can’t wait to get this season started and start winning some trophies!”

Oli’s own and loan shirts are available to order now for £75 each (Home and Away). Please see the Telford Tigers online shop for more details.