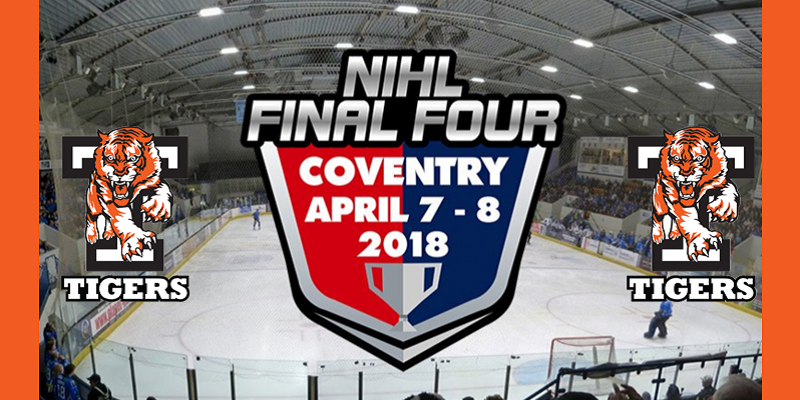 The National Ice Hockey League (NIHL) have confirmed the order of play for their showpiece Final Four weekend in Coventry next month.

Sheffield Steeldogs, Telford Tigers, Basingstoke Bison and Peterborough Phantoms booked their places at the end of season event by winning their respective divisional semi finals at the weekend.

Following a draw made at the University of Oxford this afternoon, the order of play in the crossover semi finals has been determined.

We are grateful to Stuart Robeson (IT Services) and Labhrain Magee (Information Security) from the University of Oxford for conducting the draw, under the watch of NIHL league manager Richard Carpenter.

At 1300 on Saturday April 7 the Winners of the North playoffs will face the runners-up of the South finals. At 1700 the South playoff winners go against the runners up from the North.

The schedule for Sunday April 8 is also set following Oxford City Stars’ NIHL South 2 league title success. They will face off against Sutton Sting in the NIHL 2 League Championship game at 1230.

There are limited spaces in other blocks, with Block 13 totally sold out.