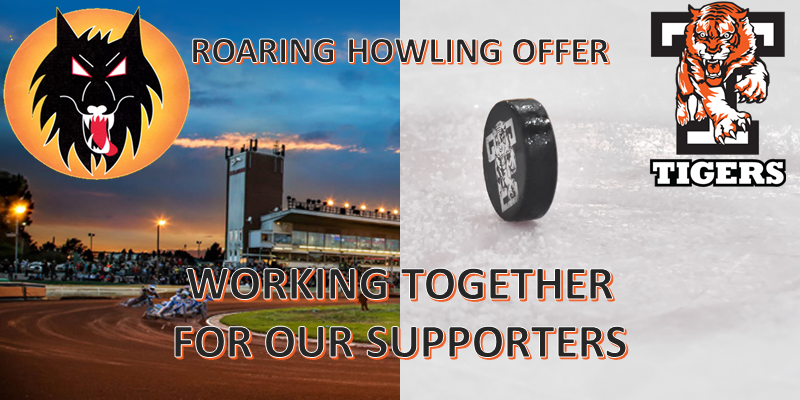 Wolverhampton Speedway have teamed up with Telford Tigers Ice Hockey Team giving the fans something to watch during the respective off seasons.

The offer enables all season tickets holders from both clubs to discounted admission. Both sets of season ticket holders will be entertained for just £10.

Tom continued “The Wolfpack may need to bring some gloves but the action does get quite hot!”