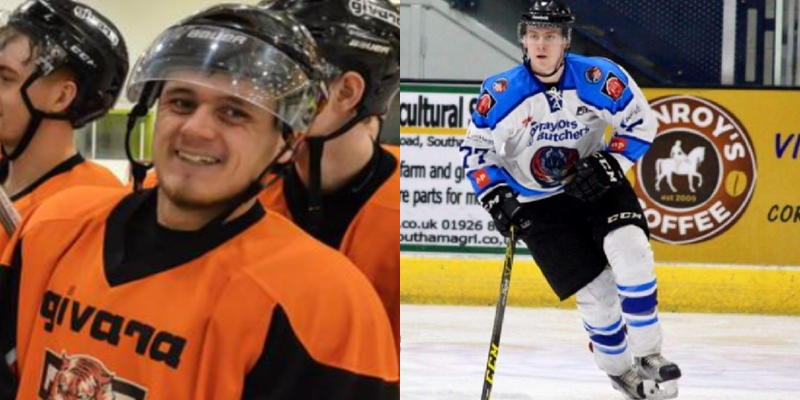 Gritty forward James Callagher returns to the Telford Tigers 2 for the upcoming season. James, 23, iced with the Tigers NIHL team during the 2015-16 season, where he iced 29 times and added one goal to his tally. In particular, during the 2014-15 season, James experienced playing in the NIHL 2 league, where he posted 4 goals and 7 assists from 30 games.

Callum Bowley Telford Tigers 2 coach added “James is a player that adds something different to our line-up. He works extremely hard, plays a gritty game and keeps it simple when out on the ice. He’s very coachable and has a great attitude, which is what I’ve looked for when putting together my roster.”

Also joining Telford Tigers 2 is forward Daniel Thomason.  Dan, 23, spent last season playing for the Coventry Blaze NIHL 2, where he iced 19 times. Dan said “I’m really excited to be back playing for my home team. I’ve spent a few seasons away from home learning new things and gaining experience in senior ice hockey. I may not be the most prettiest players but I like to think my grittiness and hard hitting gets the job done. I’m really itching to put that Tigers shirt on again to show coach Bowley what I’m made of.” Callum was equally pleased to have Dan back and stated “I’m pleased Dan is back in a Tigers shirt after spending two seasons away gaining some valuable ice time. He’s a player that is willing to learn, has a great attitude and isn’t afraid to throw his weight around. I’m looking forward to working with Dan and seeing what he can deliver this season.”