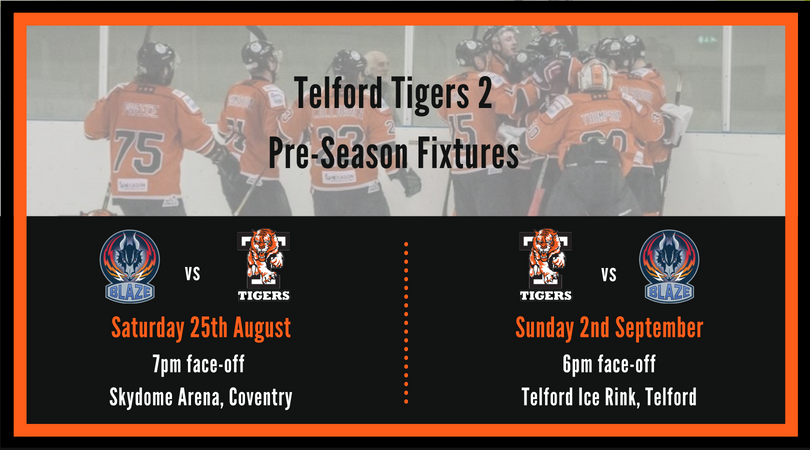 Telford Tigers 2 are pleased to finally share details of two pre-season fixtures against local rivals Coventry Blaze NIHL which will take place before the fourth coming season begins. Coventry Blaze NIHL will host the first of the two games followed by the second game on home ice the following week.

“I would personally like to thank Sean for agreeing to play us as part of our pre-season preparations. Coventry will be a really good test for us and help us get back into the swing of things. It gives us the chance to dust off some of the cobwebs, work on set plays and get back to playing with a level of intensity which is hard to maintain throughout the summer. They’re a team that skates very well and that always seem to make things really difficult for us every time we play them, so we’re looking forward to lining up against them before the league kicks off in September.”