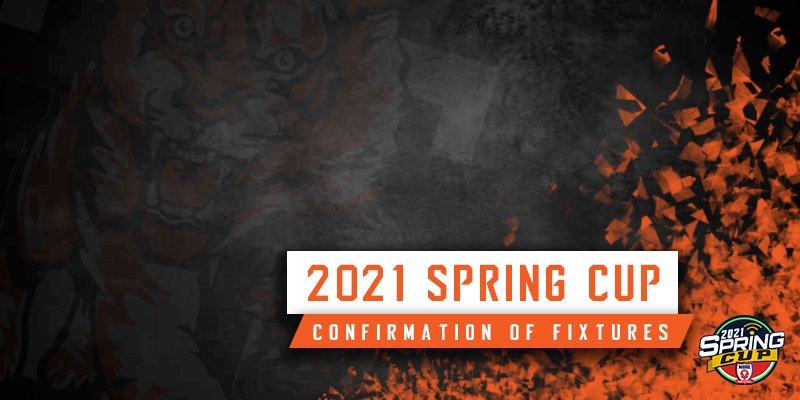 Telford Tigers are excited to confirm that our first fixture in the NIHL Spring Cup will take place on Saturday 20th February on home ice against Raiders.

This is big news for us all as we have all awaited the return of hockey after snatching up ‘the double’ last March… We’re gutted that we won’t have our loud and proud Tigers fans cheering us on in the rink, but we’re certain that we can rely on your support virtually through our online streams!

The format of the newly announced cup will see the teams playing each other home and away over seven weekends. Each team will play each other three times totalling twelve games each per club. The top placed team, at the end of the series, will be awarded the cup.

On Saturday 20th February we’ll begin our Spring Cup journey when Raiders visit us for a 6:30PM face-off. Our Club Chairman, Mike Washburn has confirmed that games in Telford will be live-streamed with details of this streaming service to be published in the coming days.

Full details of the upcoming fixtures will be updated on our fixtures page on our website.

Telford Tigers Head Coach, Tom Watkins is well underway with his preparations for the upcoming Cup competition and is very much looking forward to it commenting:

“The Spring Cup has provided us with timely boost at a time when it seemed any hockey this season would be lost. There will be nothing normal about this competition, with all fixtures played behind closed doors, no fans in the building, but it is up to us a team to create our own atmosphere in the rink and on the bench. I’m sure after such a long layoff I don’t think anyone will require motivating. It’s great news that all teams will be live streaming games, this is fantastic news for the fans.”

For the full schedule of Spring Cup Fixtures, head over to our ‘NIHL Spring Cup Schedule Announced‘ news article.