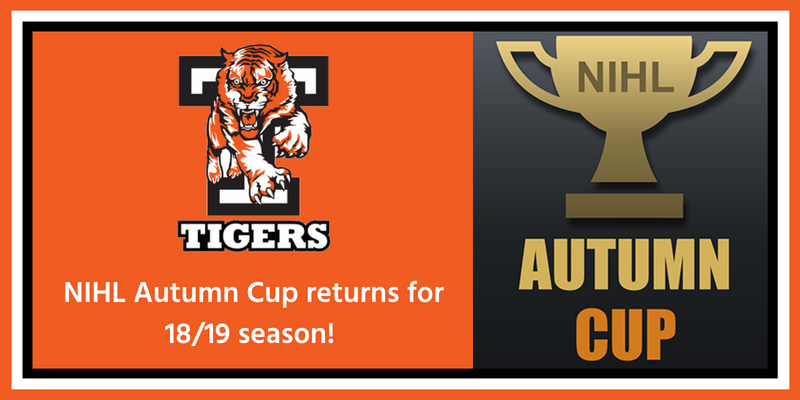 A statement from the LMC of National Ice Hockey League confirms that the Autumn Cup will return, in the form of an early-season six-team competition. The format of the cup competition is as follows;

The Northern group will be made up from Sheffield Steeldogs, Hull Pirates and Telford Tigers 1.

The Southern group will be made up from defending Cup holders Swindon Wildcats, Basingstoke Bison and Peterborough Phantoms.

Fixtures for the new season Autumn Cup will see teams only play home and away against the teams in the opposite group, so each side plays three home and three away games.

At the end of the round robin the top two sides will play a two-legged final with games taking place midweek. Fixtures for the whole NIHL are progressing, while Autumn Cup games will be scheduled in the first few weeks of the season and the competition will be completed in October.

More details regarding tickets to cup fixtures will be announced soon.