Telford Tigers is one club with two teams playing in the NIHL National League and North 2 Laidler League respectively.

Telford Tigers are based at Telford Ice Rink, in Shropshire, the club enjoys a loyal fan base, drawn from across Shropshire, Mid Wales, the West Midlands and beyond.

Over the last 30 years, the Telford Tigers have developed a reputation for hard-fought, but fair, matches against some of the biggest names in British ice hockey.

‘Telford Tigers’ were formed 1985, after the opening of the rink a year earlier. The Telford Tigers regularly attracted crowds of up to 2,500 supporters during those initial years, as a number of players from close rivals Solihull Barons formed the nucleus of the new team. 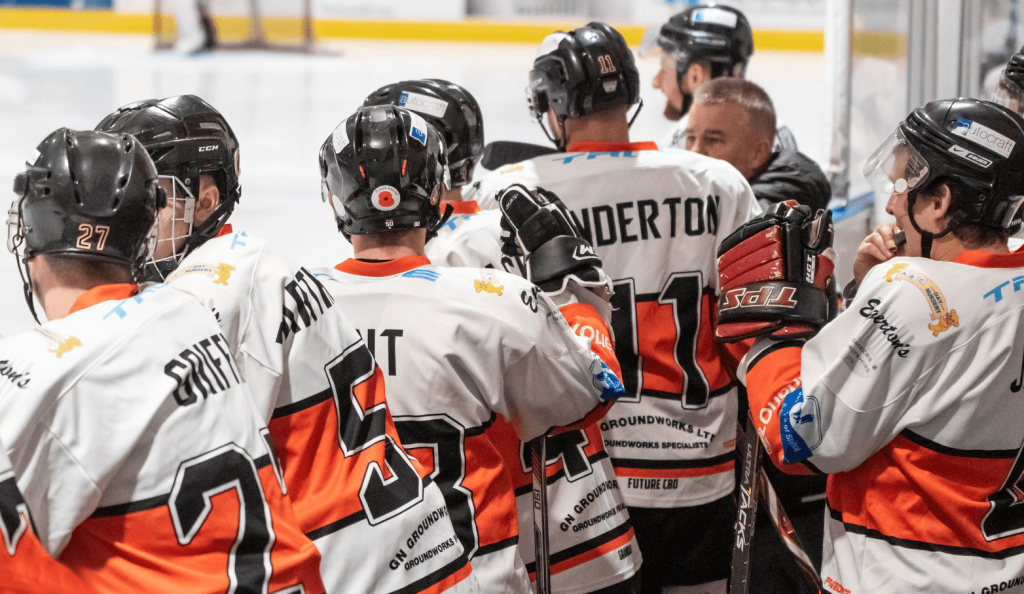 The 2017 / 2018 season welcomed the start of a brand new chapter for The Club and another change of ownership for the famous Telford Tigers brand following the disbanding of the English Premier League.  The Telford Tigers brand is now being used by the previous Tigers NIHL team who have entered two teams into the NIHL North Divisions for the 2017/18 seasons.

Tigers NIHL were a new young team established just a few short seasons ago to run along the then Tigers EPL team.  They previously competed in the NIHL and Tigers NIHL gained promotion in their first year to the NIHL Moralee Conference.

Claude Dumas, from Quebec, was signed from Cardiff in 1995, and instantly became a popular figure with more than 230 points in his first season at Telford Tigers. He was seen by many a catalyst for the Tigers in the late 90’s.

Long-serving Daniel Mackriel went out on a high at Telford Tigers after announcing his initial ice hockey retirement in 2011.

Mackriel progressed through the Telford junior ranks and had played for 30 years since starting aged seven and finally retiring in 2016/17.

Always a fans’ favourite, Mackriel picked up the nickname ‘Budzy’ following his goal scoring exploits as a junior, emulating those of former Tigers import Mark Budz.

The Canadian defenceman arrived in Shropshire from Solihull Barons in 1985.

Taylor’s leadership saw the Tigers quickly establish a dedicated local fan base and he led the club to a string of national honours, including the British Division One Championship in 1987 and the Benson and Hedges Plate in 1992.