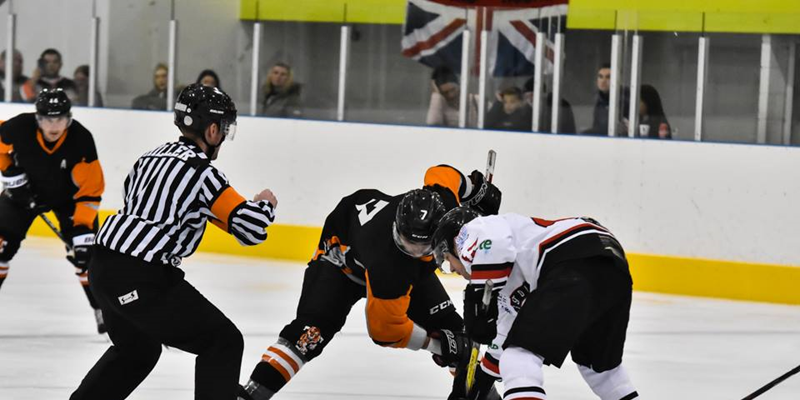 Tigers were aiming to add a further win to their 100 percent record so far this season. Bison iced a number of ex-Tigers players in Dan Davies, Dan Scott and Tomas Karpov.

An end to end first period saw only one goal, scored by the Bison.  Ashley Jackson tipped a Basingstoke shot past Dennis Bell in the Tigers’ goal, with the deflection giving Bell no chance of making the save.  Pressure from Tigers towards the end of the period came to nothing, with Ricky Plant and Jason Silverthorn both going close.

The second period belonged to the Tigers, with two goals scored. The first came at the halfway point of the game, Great Britain international Jonathan Weaver scoring after receiving a perfect pass from Silverthorn. The second goal came in the thirty sixth minute on the power play and was a reversal of the first, with Weaver supplying a pass to Silverthorn to fire home.

The third period was a tense one with Tigers taking a major penalty with 54 minutes gone. Macauley Halford being called for a five minute game penalty for high sticks and also a two minute penalty for holding, meaning the Tigers would play the last six minutes a man down and Bison on the power play.  Tigers battled hard and Bell made a number of crucial saves to keep Tigers in the lead. Basingstoke pulled their net minder with 30 seconds left to have a six on four advantage but couldn’t break through the resolute Tigers’ defence. Man of the match deservedly went to net minder Bell.

After the game Player Coach Tom Watkins said “ It was a solid performance after a slow start. We took over the game in the second period and it was good to see the power play on the board. At 2-1 up, I thought we were solid defensively and to kill nearly seven minutes of power play at the end of the game was really pleasing’.