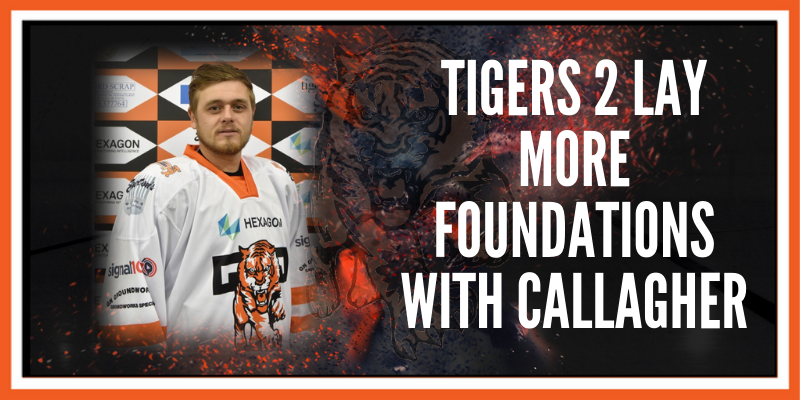 Telford Tigers 2 are still very busy building a solid roster and laying the foundations for the upcoming season and today we have some exciting news as we welcome back James Callagher!

The 25-year-old has played hockey in Shropshire since 2007 and made his Telford debut with the Telford Rockets, competing in the England U16 league. Since then, Callagher has made an appearance on several rosters including Telford Rockets and Trojans before making his debut appearance for Telford Tigers NIHL in 2014.

Callagher has iced with Tigers ever since with the exception of one season where he did not play. The upcoming season will be the forward’s fifth season with the NIHL side.

“James is a great team player! In the past, he’s been a player who hasn’t got much ice time, but he’s a determined player who is ready to jump on the ice with any line.”

Callagher is delighted to be returning to Telford Tigers for his fifth season saying;

“I’m glad to be back with such a great bunch of lads. I’m really looking forward to the start of the season and training with our new coach and of course, hopefully contend for some silverware!”

James’ own and loan shirts are available to order now for £75 each (Home and Away). Please see the Telford Tigers online shop for more details.