Tigers 2 Put Out The Blaze 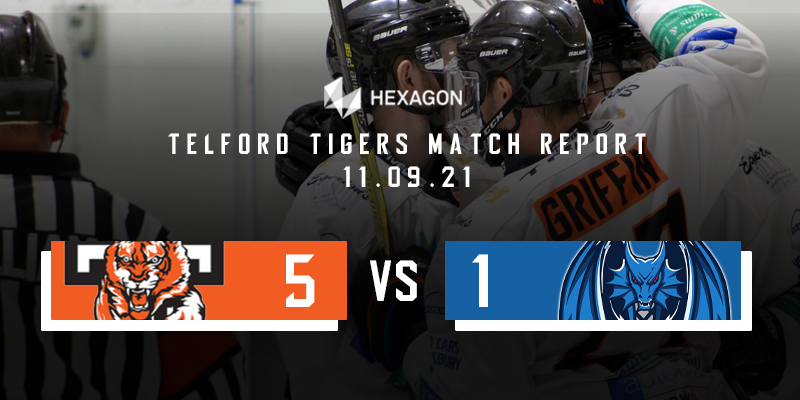 Tigers were missing a couple of players due to injury, but iced a strong line up with Zack Brown starting in the net. After almost years away from competitive hockey, Tigers found themselves shorthanded when they picked up the first penalty of the game only six minutes in. With a strong penalty kill, it wasn’t long before Tigers had the upper hand on the ice and were awarded a power-play after and two-minute minor penalty for interference, they cut the power-play short when Tigers newbie, Lucas Price found the back of the Blaze net, assisted by Callum Griffin and Ben Washburn. Tigers were one goal up within the first 10 minutes of the game.

Within a couple of minutes of resetting the game, Tigers were on form once again and Tigers youngster Tom Byrne set up an even handed goal for Filip Supa to finish. Firing the puck into to the back of the net, Supa bagged the second goal of the game.

The action in the first period didn’t stop there… Washburn was dished a tape to tape pass from Charlie Webb, who made his senior debut, and slotted the puck bar down into the net for the Tigers’ third goal of the period.

Coventry continued to push Tigers but they weren’t breaking. Before the first period could end Tigers made it four goals to nil. Karol Jets set up the perfect assist to allow Tom Byrne net his first senior Tigers goal at 19:57. The period ended with Tigers four goals up to nil.

The second period started and it was a slow starter for both teams. Despite a number of chances, neither team could capitalise on any of power-plays handed out for minor penalties. The hosts were pressing for another goal and finally the broke through with the fifth goal! Set up by Griffin and Jolly, forward Filip Supa bagged his second even-handed goal of the game. The period ended heavily in Tigers’ favour, five goals to nil.

During the third period, the tired legs were starting to show with both Tigers and Blaze picking up minor penalties as the pace of the game started to decline. Both teams continued to push through the last period but it was the visitors who scored the first and only goal of the period at 45:47 after a tripping penalty called on Bartholomew gave Blaze the man advantage on the power-play.

Tigers continued to hold their four goal lead for the remainder of the game and the final buzzer went with a scoreline of five goals to Tigers and one to Coventry Blaze NIHL.