Tigers 2 put to the sword by Senators 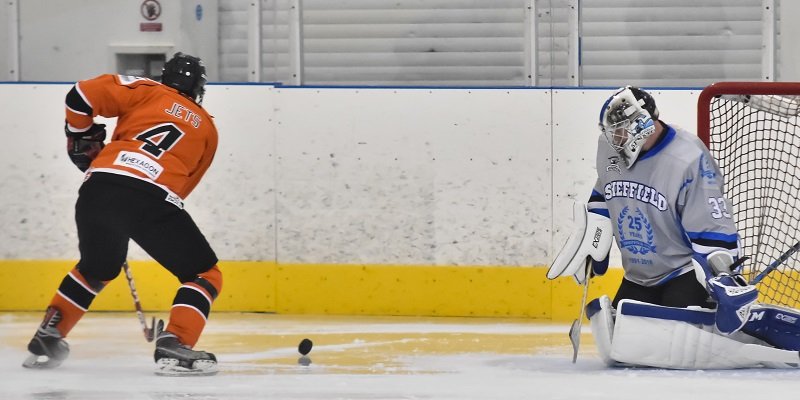 The Telford Tigers 2 hosted Sheffield senators in their first meet of the season. They also unveiled the new home shirts for this season, looking great in orange.

Game started well with a Telford tigers goal scored by #72 Bowley assisted by #4 Jets and #11 Anderton at 2.59.  Sheffield quickly equalised with a goal from #20 Nathan Parkes-Britton assisted by #21 at 5.23.

Both teams pushed hard from the beginning and shots from both teams could have quite easily turned into goals. Telford’s #4 Karol Jets received a 2min penalty for holding at 15.30, which allowed Sheffield to take the lead at 16.53 with a goal from #18 Elliot Knell assisted by #14 Thomas Proctar and #56. At 18.39 Telford’s #39 Charlie Hammerton received a penalty for tripping which left the team shorthanded for the remained of the period.

2nd period started off with a penalty at 24.00 to Sheffield’s #5 Jonathan Bell for tripping.  Tigers continued to put pressure on the Sheffield net but to no avail. Both teams fought hard for a goal but both teams received penalties at 29.36 to make it 4 on 4 for 2 mins.  Sheffield increased their lead at 35.15 with an unassisted goal from #3 Tyler Nixon.

The third period started with Sheffield increasing their lead further at 44.35 With a goal from #18 Elliot Knell. Tempers frayed at 54.07 when Sheffield’s #21 received 2+2 for roughing, giving tigers the power play. This only lasted a short time as Telford were given a delay of the game penalty at 54.38.

Man of the match

This is what Callum Bowley, Tigers 2 Player coach had to say after the game.