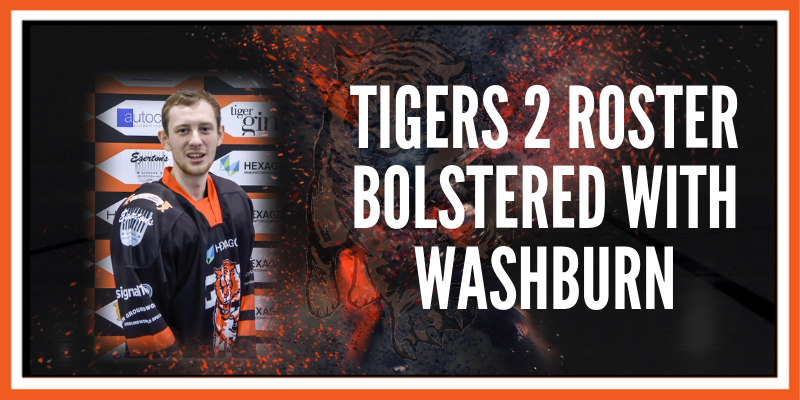 Tigers 2 roster bolstered with Washburn. More exciting news for Telford Tigers as we announce another player signing! The club are pleased to announce the return of forward, Ben Washburn.

Washburn began his hockey career in Telford 2005 where he developed through the junior hockey system. Starting with Telford Venom, Ben progressed his way through Telford Trojans, Titans to then finally making his senior Tigers debut in 2013.

The 22-year old forward has played for the NIHL side in Telford for the past six seasons and truly made his mark last season by accumulating the most points in his senior hockey career, achieving 33 points across 29 games. 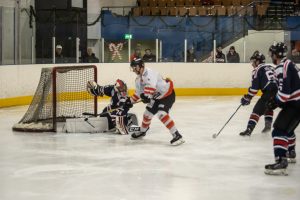 Not only did Washburn sweep up the in-game points last season, but he also finished the season on a high by bagging the most-improved player award for the season, voted by the fans.

Tigers 2 coach Fielder who has coached Ben in previous seasons is pleased to have secured Washburn for another season in Telford.

“I’ve known Ben since he started playing hockey and at only 22 he has bags of experience and is still learning. Last year was his best year to date he is improving every year, and for me, Ben was one of the most consistent players on the team last season. He’s a player that can play any position and I’m expecting a lot from him this season.” 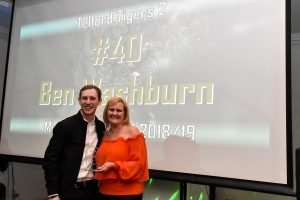 Ben is also delighted to be returning to Telford again for another season commenting;

“It’s a no brainer for me returning to Telford, we have a great group of lads and the support from the fans is incredible every time we step out onto the ice.

Bowls did a fantastic job over the past two seasons, but now that he’s decided to step down from coaching, Ces is the perfect guy for the job. Having known him for a long time, I don’t think there is a more natural replacement. I’m excited for September and to see what we can achieve this year.”

Ben’s own and loan shirts are available to order now for £75 each (Home and Away). Please see the Telford Tigers online shop for more details.

Watch out for further details about new signings at Telford Tigers, visit: https://www.telfordtigers.net/news or catch up on Facebookor Twitter