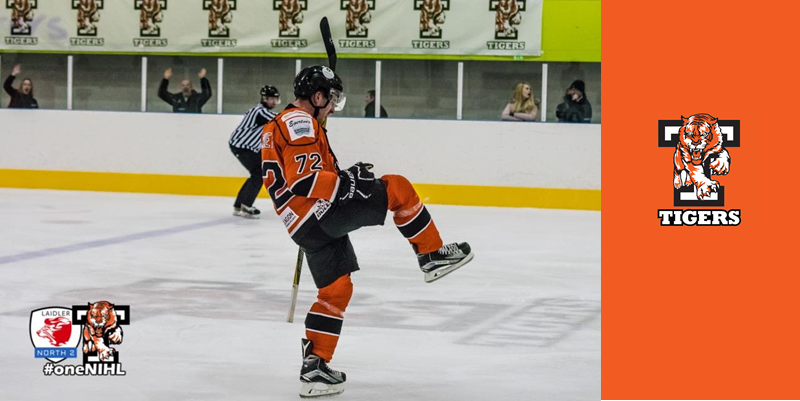 With the end of the 2017/18 season on the horizon; Tigers 2 brought home another 2 points yesterday in Blackburn in their penultimate game of the season which firmly secured their place in the NIHL North 2 Playoff weekend!

The top four teams from the league table qualify for the NIHL North 2 finals weekend which is being held at Planet Ice Widnes, on the 14th and 15th April.

Weekend tickets are priced at £15 for adults and £8 for concessions which covers all three games. The rink has limited capacity so fans are advised to purchase tickets online before traveling. Currently there are less than 50 tickets remaining.

Tickets can be bought directly from Planet Ice Widnes, either over the telephone, or online at http://iceaccount.co.uk/events/unallocated?events_id=4857&client_id=4