Tigers 2 strengthen with Smith and Washburn 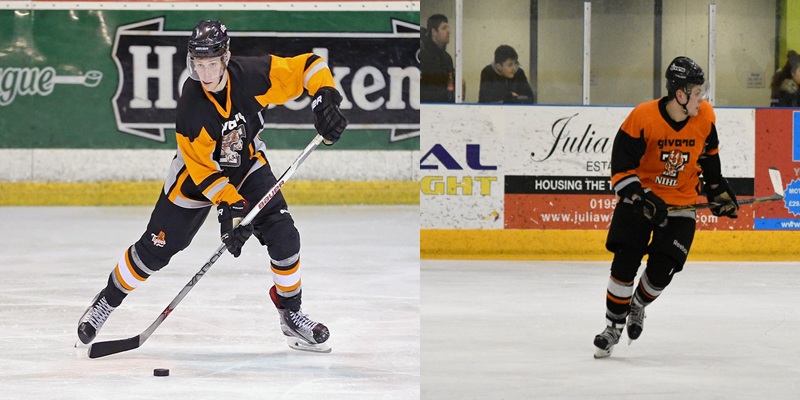 Telford Tigers have snapped up forwards James Smith and Ben Washburn for the upcoming season. Tigers 2 Coach Callum Bowley was delighted to bring the pair back on board for the coming season. Commenting on James he said, “I am delighted Smithy has agreed to come on board, he’s an experienced and talented player, who will be a huge offensive threat in our forward line up. He’s a player that I can rely on to put the puck in the back of the net, to stick up for his team mates and to lead by example. He a great player for the younger guys to look up to and I will be leaning on him to pass on his knowledge of the game and to help them raise their games.” The experienced Smith, still only 23 has played 44 games in the Elite League, split between his hometown club the Dundee Stars and the Fife Flyers along with 76 EPIHL games with the Tigers and Basingstoke Bison and has spent the last two seasons with Tigers representing both the former EPIHL and NIHL teams. Smith himself is pleased to be signing up with the Tigers again, saying, “I am looking forward to this season, it should be a very competitive league, especially now that players are dropping down due to the league restructuring this summer. I think Bowls will build a solid team and will make us competitive from the start to the end of the season. It should be a fun year!”

Ben Washburn, 20, is another product of the junior hockey system in Telford having progressed through the Telford teams, Venom, Trojans,Titans and Tigers. Ben who has been with the Tigers NIHL side for the past two seasons is pleased to be back with the team for the upcoming season, commenting,“I’m really happy to be back in Telford and looking forward to getting the season rolling. With Cal as the coach and the core guys coming back, I’m looking forward to seeing how far the team can go this year.” Coach Bowley was equally happy to have Washburn back on the roster, saying “Ben is another player that I wanted back on board and is another addition to the puzzle. He proved to be a great two-way centreman last season and delivered some solid defensive performances. I am expecting Ben to continue where he left off last season and to add more offence to his game, which I know he is capable of. He will take on a lot more responsibility next season and I am certain he will deliver.” Looking at the season ahead Callum added “All of the players are buying into the whole club ethos of ‘One Club,Two Teams’ and can see the challenge and opportunity to progress within the club as we all work to make it a successful season for the club as a whole”