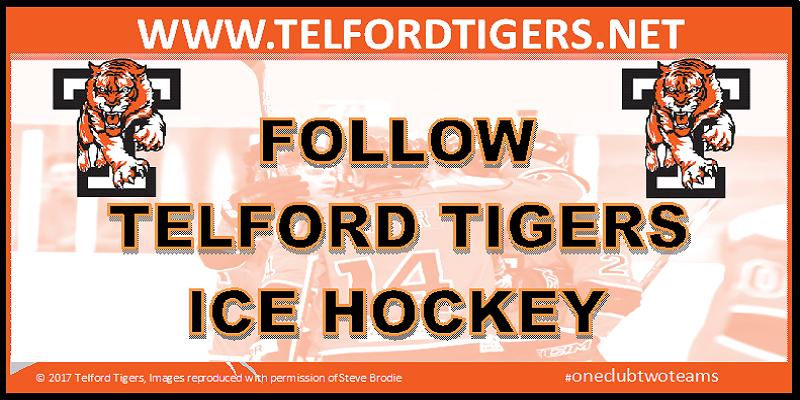 Tigers 2 made the short trip to Coventry on Saturday 11th November to try and get back to winning ways after 3 hard fought defeats.

The game started fairly even handed with Tigers having some great shots on goal all to be denied by Coventrys netminder Graham Laverick. It was then Coventry that was able to find the back of net for an even handed goal at 10.22.

Tigers continued to push forward and were rewarded with a goal from #18 Joshua Hustwick assisted by #66 Matt Price and #30 Ted Thompson at 18.37.

Tigers were hoping to go into the break back on a level score but this was short lived as The Blaze scored again with only 14 seconds remaining in the first period.

2nd period was again end to end shots with both goalies facing 16 shots each, but it was The Blaze that scored first with a power play goal after Tigers #39 Charlie Hammerton received a 2 minute penalty for tripping at 29.59.

The Blaze scored again very shortly after at 31.10 to make the score 4-1, but then were given a 2 minute penalty for tripping at 31.23 to give Tigers the power play.

Tigers capitalised on the advantage and #75 Liam Preece scored after a pass from #4 Karol Jets and # 39 Charlie Hammerton at 31.58.

The goals kept coming when The Blaze scored again at 34.05, but Tigers replied with 2 quick goals from #72 Callum Bowley to make it 5-4 going into the last few minutes of the period.

With only 4 seconds remaining in the 2nd period, The Blaze managed to find the back of the net again for a power play goal to make it 6-4 and giving Tigers everything to play for in the 3rd.

The 3rd period saw Tigers come out eager to get back to winning ways and with The Blaze fighting hard to keep them at bay.

Tigers then scored 3 quick goals within 3 minutes, 2 from #39 Charlie Hammerton and 1 from #18 Joshua Hustwick, all of which were assisted by #27 Callum Griffin to gain the lead.

Tigers had 15 minutes to hold the game for the win but they continued to put pressure on The Blaze netminder.

Play was end to end and Tigers netminder Ted Thompson made some great saves to keep the Tigers ahead.

The game ended 6-8 after a hard fought come back from The Tigers.