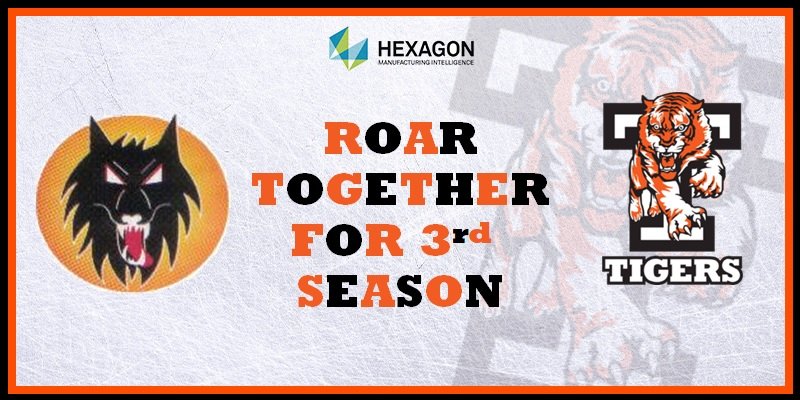 Tigers and #Wolfpack ROAR again. Hexagon Telford Tigers and Wolverhampton Speedway are continuing their relationship into the respective 2019/20 seasons, giving both sets of fans something to watch during the respective off-seasons.

The Tigers Ice Hockey season runs until April 2020 and the new speedway season starts in March 2020.

The offer enables all season tickets holders from both clubs to discounted admission. Both sets of season ticket holders will be entertained for just £10, just show the respective season ticket at the box office.

Tom Watkins Telford Tigers Head Coach and General Manager said “We’re delighted to be able to continue to work together and look forward to welcoming the Wolves speedway fans from the #Wolfpack to Ice Hockey in Telford. We’ve been lucky enough to attend the Speedway on several occasions now and had a great night out. The atmosphere, the speed the guys ride at in such competitive environment is great to see live. The riders, much like hockey players put their bodies on the line, play/ride carry injuries and its that team spirit that is very similar ice hockey.”

Wolverhampton Wolves Skipper Rory Schlein stated “Ice Hockey is always an enjoyable night out and will make our close season go a little faster than normal. When my namesake Roary came to the fixture against Poole the atmosphere was unbelievable. It would be good to see both teams packed with supporters”