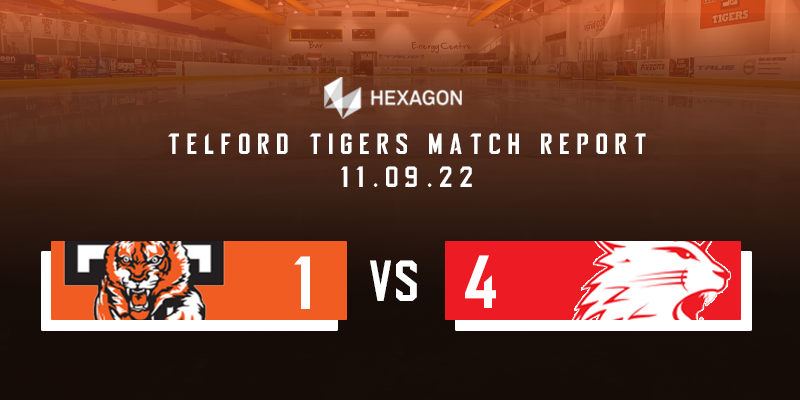 Tigers Challenging Weekend Double Defeat. Tigers had made a strong start to the game between the two teams the previous evening but it would be Swindon that started this game in better form. Within the opening two minutes of the game the away team had taken the lead.  Jack Goodchild was left totally unmarked in front of goal and took full advantage of the opening by sliding the puck past Brad Day in the Tigers’ goal to open the scoring.

Tigers looked a little off their game in the opening five minutes and took time to find their feet. Dean Skinns in the Swindon goal made a strong double save from a Rhodes Mitchell-King slap shot and then the rebound from Ricky Plant.  Scott McKenzie then went close for Tigers with a shot from close range that Skinns saved with his pads. Swindon cleared the puck and immediately increased their lead. Sam Bullas shot at Day and whilst the Tigers’ net minder saved the initial shot, Loris Taylor was first to the rebound and shot the puck into the open net to double the visiting team’s lead.

Tigers had to kill off a penalty early in the second period after Scott McKenzie was called for tripping. After successfully killing the penalty, Tigers pulled a goal back immediately. Brodie Jesson’s shot from distance was deflected into the goal by Bayley Harewood.

With Telford back in the game, it was disappointing when Swindon restored their two goal lead. Colby Tower’s shot was blocked by Mitchell-King but the puck landed perfectly for Tower to shoot past Day for Swindon’s third goal.

Swindon added a fourth goal shortly after. Ben Nethersall’s shot was tipped through Day’s legs by Tower for his second of the game.

A goalless third period saw Swindon to victory and Tigers lose both challenge games this weekend.

Tigers start the defense of their league title next Saturday on the road at Leeds Knights.

After the game Head Coach Tom Watkins, commented, “We made a bad start tonight and didn’t really get any breaks. To concede in the first two minutes after blocking a shot was a blow, somewhat a broken play but that’s hockey. We lacked some jump which I think was probably a consequence of being short last night and we didn’t forecheck well. The defensive zone is certainly a work in progress for us with two goals from rebounds where we didn’t tie up sticks and two goals from neutral zone turnovers which cost us.

It was a tough start against a good team and they punished our errors. We will regroup and be a much stronger team in future I’m sure.”