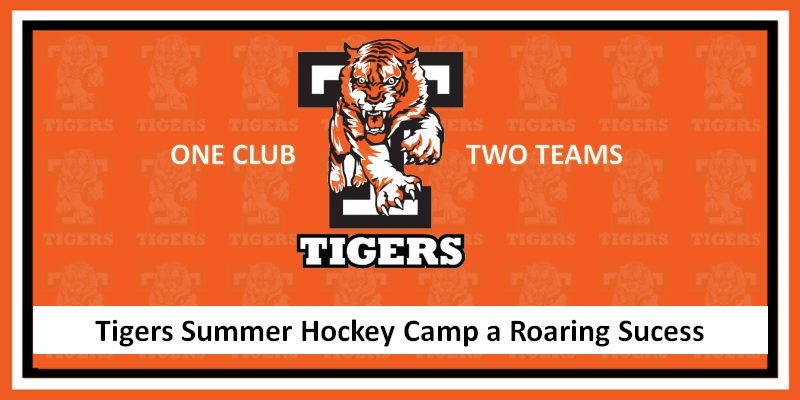 Well what a week it has been. At the ice rink for 6.15am every morning, for the Telford Tigers junior summer hockey camp.  An intensive week long camp, open to players of all age groups under the age of 18, provided they are registered with the EIHA.

The Telford Tigers Summer Hockey Camp, from August 20th to the 24th was a great way for juniors from across the UK to prepare for the new season, improving conditioning & timing ahead of the new league campaigns. The juniors were on the ice for 3 hours every day, which also blended off ice physical training as well as other softer sides of the game including the phycological aspects of winning.

Tom Watkins head coach had the following to say “It’s been a great week. I’ve really enjoyed it and I hope the players have had as much fun as I have. We’ve focused on making small improvements each day focusing specifically on individual fundamentals that will be a great start point for the season ahead. We’ve introduced new games off ice to focus on the athleticism of the players and are very local to have the fantastic facilities of Telford Town Park on our doorstep which has seen us play, Floorball, spikeball, baseball, football, flag rugby and other games that have promoted team work and movement patterns similar to hockey.

I’d like to thank the players and particularly the coaches for their time and effort to deliver another great camp, also a quick thank you to the Ice Rink staff for accommodating us this week.”

And finally on Friday, we had two special guests…..

Roary the Tiger and his Long lost twin brother Korey turned up from Madagascar where he had being playing in the National Elite League for the Madagascan Lima’s. He was the leagues top scorer last season.