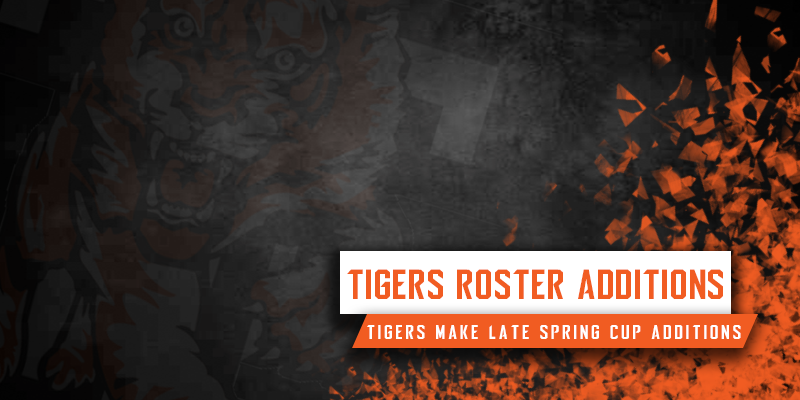 Telford Tigers are pleased to announce further changes to their Spring Cup roster ahead of their opening games of the competition this weekend. Tigers have added two new players to the roster who are both eligible to play in the forthcoming back to back fixtures against Raiders.

Joining Tigers for the competition are the following players:

Hedley, 24 years old, has been drafted into the squad as back up netminder due to Zack Brown being unable to attend practice having been forced to self isolate recently. At 6 foot 3 inches tall, Hedley has recent Elite League experience appearing for Coventry Blaze.

Lachowicz is a 31 year old forward who has played most of his career with Nottingham Panthers in the Elite League and has been a regular member of the Great Britain squad throughout the last ten years. Initially, Lachowicz was joining the team to replace Ross Venus with the Coventry forward seemingly unable to play in the Spring Cup. However, Venus has been confirmed in the roster and will play as originally planned.

Tom Watkins, Head Coach and General Manager, commented, “I’m pleased we have been able to sign Jordan having worked with him with Great Britain U20s where he was outstanding. I know his qualities. He’s got a great work ethic, he’s a big guy and has certainly improved further in the time he has spent with Coventry Blaze. Robert Lachowicz was a signing we hadn’t planned at all until last weekend when we were informed by Ross Venus that he couldn’t commit to the whole of the Spring Cup matches so we acted to bring in Robert. Subsequently, Ross’ situation changed again and he is now available to rejoin the team and play. Lachowicz is a solid elite league and international player who can play in multiple positions and has a huge amount of experience. We are extremely grateful to sponsors Lemark in supporting us to make the signing possible.”

Both players’ own and loan shirts are available to order now for £75. Please see the Tigers’ Online Shop for further details.

Watch out for further details about the Spring Cup fixtures, scores and live streaming of games at Telford Tigers, visit: https://www.telfordtigers.net/news or catch up on Facebook or Twitter.