Tigers VW Camper, whatever next? 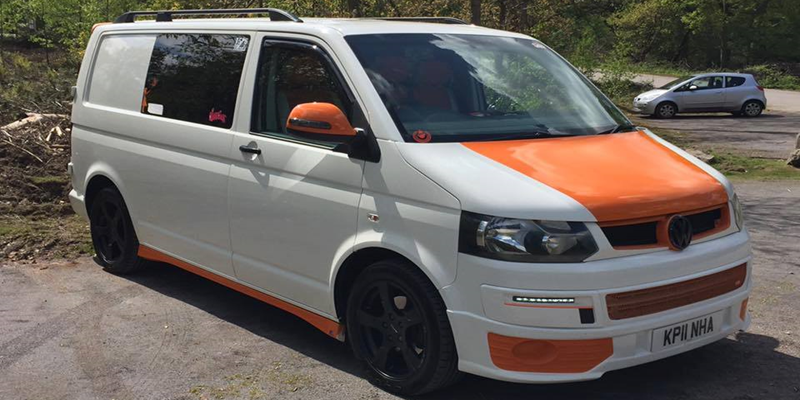 Some Tigers fans buy replica jerseys, some have hoodies or scarves – Chris Kelsall from Church Stretton has a VW van.

He says he used to live across the road from a showroom in Shrewsbury and they kept parking this one opposite his bedroom window.

Chris says he’d always wanted a VW van and having been a Tigers fan since 1989, he knew he had to buy it.

That was over three years ago and it’s had a bit of work done since then.

“I found another company which could re-cover the seats and add the bed in the back in matching orange and white” he says.

It’s also had a custom-made Tigers badge added, to replace the VW logo and Tigers vinyl on the rear.

And it doesn’t end there – there are hockey figures on the dashboard, along with a mini Doug Clarkson and pictures of players on the inside of the van doors.

“Everyone loves Bernie” Chris says, “and you get other VW owners waving at you as you are out and about”.

But he’s having to consider moving on and getting another van, explaining it doesn’t quite work for the family as it is and it would cost too much to reconfigure.

Whatever he ends up getting next, there is one guarantee: “the new one will have some orange somewhere!”