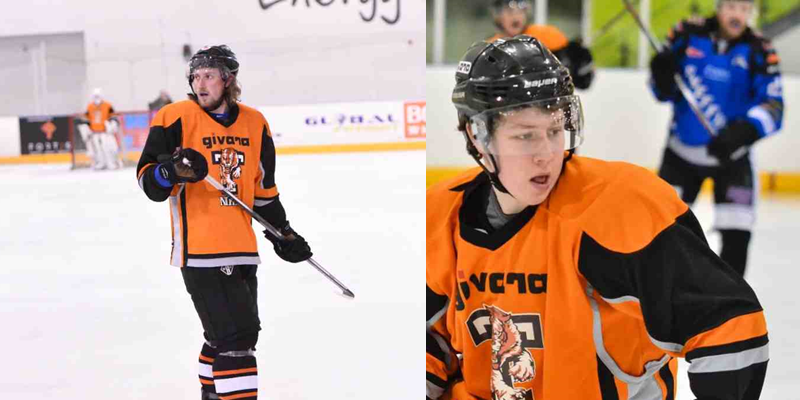 Telford Tigers are pleased to announce the return of two key signings, Joshua Hustwick and Matthew Price. Tigers 2 Coach Callum Bowley, was extremely pleased to welcome both players back on board for the coming season and believes both will play a crucial part in helping the team succeed over the course of the season.

Commenting on Joshua Hustwick, Callum said “I’m really pleased Josh has agreed to come back on board, as he’s a Telford player through and through and he’s a great guy. He’s a player that I can rely on to stick up for his team mates, to be calm and collected in pressurised moments on the ice and to be a solid stay at home defenceman. I’m looking forward to working with Josh and I expect him to have a strong season.” Joshua Hustwick, 22, is a product of the Telford junior hockey system and now has 139 senior games under his belt, producing 54 points in the process. Joshua was part of the Tigers NIHL side last season and is pleased to be back for the coming season, commenting, “After struggling last season coming back from injury, I’m really happy to be back in Telford and looking forward to getting the season underway. I like the team bowls is getting together, especially keeping the core group of guys from previous years. I’m sure we will be challenging at the top come the end of the season.”

Matthew Price is another player that Tigers 2 Coach, Callum Bowley wanted to bring back on board and have as part of his team for the coming season. Like Josh, Matthew has progressed through the Telford junior hockey system and has turned into a very smart and versatile hockey player. Coach Bowley was delighted to secure Matt for the coming season and said, “Pricey is another player that I definitely wanted re-sign. He’s a smart hockey player, who often does a lot of the little things right. Last season, he played as both a forward and a defenceman, and he produced some really big performances which I expect him to carry into the upcoming season. He’s a reliable and versatile player that I know I can count on in important situations, he’s going to be taking on a bigger role this year and I am sure he will do well.” Matthew, 19, a Telford NIHL regular for the past two seasons was equally as happy, and stated, “I am extremely excited about signing back with the Tigers, there wasn’t a decision to be made once I heard Callum wanted me on the team. I’m looking forward to a great season where we can develop as a team and also aim to finish near the top of the table. Working with Callum is also exciting as he is a great player and I’m sure he will make a great coach to play for.”