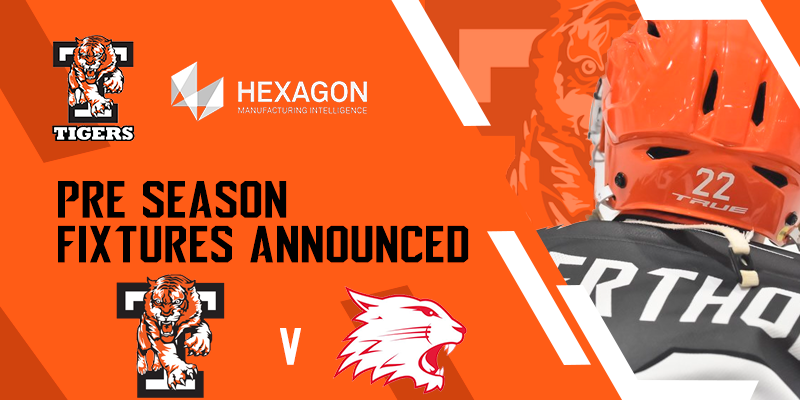 Wildcats Challenge Games Announced. Hexagon Telford Tigers are pleased to announce their opening fixtures of the 2022/23 season will be a back-to-back weekend of challenge games against last season’s closest rivals Swindon Wildcats. The games will be ahead of the opening weekend of the league season and will allow fans to get their first view of the new roster.

Tigers, who finished ten points ahead of their Wiltshire rivals in the league, lost in the semi-final of the Autumn Cup to the Wildcats who went on to lift the cup. The games between the two in the league were evenly split last season with both teams winning three games each.

Tickets for the game in Telford will NOT be part of the season ticket package and fans will need to purchase tickets separately for this game. Details of ticket prices and on-sale dates etc. will be announced soon.