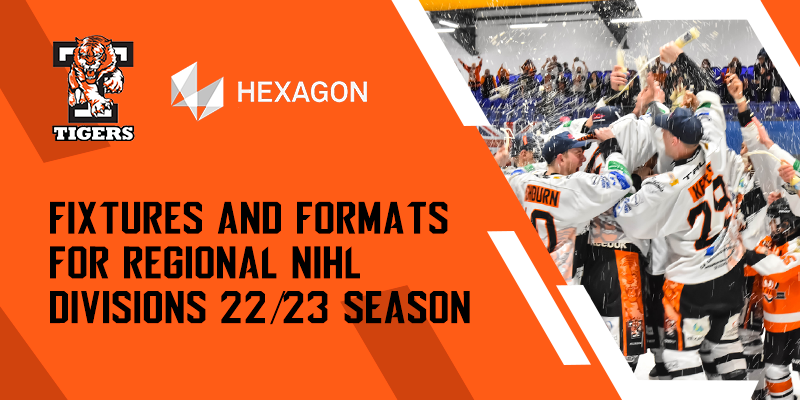 A total of 38 teams will compete in the four divisions starting in September, with League, Cup and Playoff trophies up for grabs, including Telford Tigers 2 who will Telford Tigers 2 will once again be competing in the ‘Division 2 North Laidler League’ alongside the seven other teams who competed in the Laidler league last season.

It promises to be another exciting campaign with Telford Tigers 2 winning the Laidler league title last season while Hull Jets ended their season campaign with Laidler Cup and Playoff honours.

The league fixtures are based on two home fixtures and two away fixtures. The Laidler Cup features two groups but there are no stand-alone fixtures, the first game home and away will count to the Cup table. The top two in each group will make the Cup semi finals, 1st A v 2nd B etc over two legs.

As in previous seasons, the Laidler playoffs will take the top four from the league and head straight to Finals Weekend over April 1/2.

Details of the respective Finals Weekends will be advised as soon as they are confirmed by the NIHL Events.

Fixture lists are subject to change. The full breakdown of each league can be found on the EIHA website.

The NIHL has also confirmed they will be taking part in the Pride Week in January 2023 alongside other sections in the EIHA, the exact date will be announced in due course.

You can follow the latest from the NIHL online at www.eiha.co.uk/nihl, on Twitter at @NIHLhockey or use the hashtag #oneNIHL.