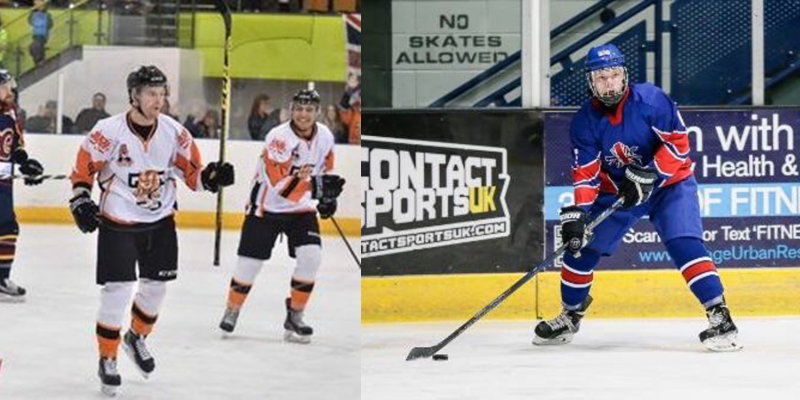 Telford Tigers are delighted to announce the signings of defencemen Jordan Stokes and Dale White.

18yr old Stokes joins on a two way with Coventry Blaze, where he iced four times in the Elite League last season in addition to racking up 51 games with the Hull Pirates in the EPL. Tigers coach and General Manager Tom Watkins clearly sees a lot of potential in him, knowing him from the GB junior teams. Watkins said, “I think with Jordan we have a very dedicated and focused young man. He will be on a two way with Coventry Blaze, which brings the benefit of being on the ice every day in their professional environment, while also playing and practicing with the Tigers. It’s that sort of commitment to improving that every young player needs to have if they are genuinely serious about their hockey. First and foremost he is an excellent skater with good mobility. For a smaller guy he plays with a lot of grit and is comfortable playing against bigger guys. I remember him last year getting under the skin of a few of my players and I also know him from the GB set up. I think he is a player with the tools to help our team.”

Stokes himself is excited at the prospect of joining up with the Tigers, saying, “I’m looking forward to playing for a successful team, learning from experienced coaches, playing with good players week in, week out, which will help me improve my game. After playing against Telford last year I’m sure they will put out a strong team capable of winning silverware again.”

Dale White, 27, returns for his third spell with the Tigers having played 54 games for Tigers in the 2014/15 EPL season and 6 games for the Tigers NIHL side last season. The experienced White also has over 100 Elite League games for Coventry Blaze under his belt. Watkins was pleased to have him back on the roster for the upcoming season, commenting “I’m pleased to be able to bring Dale back to the Tigers, he has the versatility to play on D or as a forward as he has good skating ability, that versatility is very important for a coach to have on his team. He doesn’t mind what role you give him to play, I think he did well for us two seasons ago, but I am expecting a lot more this season as he will have a bigger role to play. He’s great guy to have in the locker room, lots of fun and he is another player that brings some Elite experience with him.”