A chat with Sam 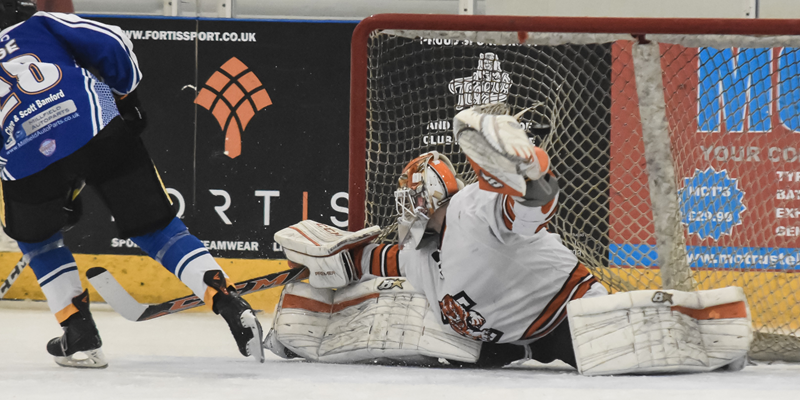 We like to catch up with former Tigers players from time-to-time and recently we’ve been speaking to our former goaltender, Sam Gospel.

He told us he became interested in the sport after going to watch the Nottingham Panthers with his family and remembers thinking “this is pretty cool”.

Sam said: “I started on a Saturday morning in the learn-to-skate programme in Nottingham and went from there really.”

In his early years (he started with the under-10s in Nottingham) he didn’t play in goal, but said he became fascinated by the equipment worn by one of the Panthers goaltenders at the time, and things developed from there.

He spent five years working his way up to through the youth teams, to play senior ice hockey and said he found that experience “very important, because you get a lot of playing time as a junior and any game-time is valuable”.

His move from Nottingham Lions to Telford Tigers in 2013 was about becoming a better player, he explained.

“I thought it was time to progress and go for a starting role, so I moved to Telford.”

Winning the league titles were his favourite moments here, and he told us: “Whenever you get the chance to go for a league title and win it as a group , it’s a feeling you can’t beat really.”

Sam said that when he decided to leave, at the end of last season, he found it difficult to tell Tom Watkins he wasn’t coming back, but the decision was all about career progression again.

And he said he was pleased to leave on good terms, saying the team “supported me fully” and wished him good luck for the future.

He has found opportunities with Panthers limited so far, after a couple of appearances in pre-season and in the first few games, and said it had been very different from playing 20-plus games a season with the Tigers.

“Moving up a level is hard” he said, “but I’m here now and I’m working towards getting more ice-time”.

And the Champions League has been an experience he has loved.

And he added: “You can do nothing but learn when you play against teams like that and I’ve done my best to pick up everything I can.”

So it’s a story of progression for Sam and he has no lack of confidence in his abilities.

“I know I can play and I’ve shown can play in other leagues and I just need to take my chances when I can”.

And at just 23, he knows he should have a long career ahead of him, saying: “I’ll see where I can go and where hockey can take me. It’s exciting.”