An interview with Dougie Clarkson 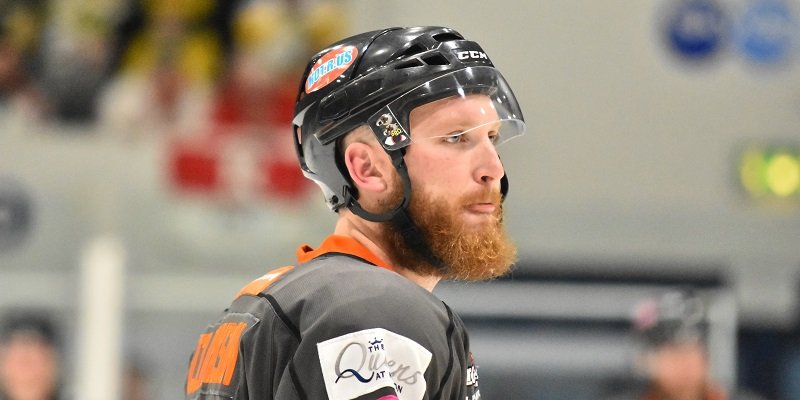 A lot has happened for Doug Clarkson since he returned to his native Canada.

He’s moved into a house in Kitchener, Ontario, with his wife, he’s training to become a firefighter and he’s started coaching a junior ice hockey team – the Kitchener Junior Rangers. He’s also playing hockey again, for the Brantford Blast in the ACH.

Clarkson had hoped to be fully qualified as a firefighter by now, but training which was supposed to take place in Texas this month had to be put on hold because of the hurricanes in that part of the world, and he’ll have to finish his training in Canada instead.

Tackling fires was never his original plan. “When I was younger and in college I wanted to be a police officer”, he said. He even got as far as doing all the testing, but decided to become a hockey player instead.

The decision to join the fire service now makes a lot of sense though. He says “it’s very similar to being an athlete in general I think”. And he added it’s a popular second career for ice hockey players, as it’s very much like being part of a sports team, “because you’re away, you’re with a team”. Plus, he says, it’s a “brotherhood”, like the police force.

Clarkson’s wife has also found herself a job, working in a local college, and they’re thinking about starting a family together.

Family was a big reason for his return home.

“It is important because everybody is here, our family, and we’re a pretty close family” he explained. And now he looks forward to seeing his nephews and nieces growing up and being around the family for birthdays and Christmas.

That makes sense, because his move to play hockey in the UK was because he was tired of the relentless training involved in the north American leagues. “It was just a grind for a full year with no days off and even in the American League I wasn’t playing much” he said. And he recalls being amazed to be given days off when he joined Cardiff Devils, which he used for days out to places like Paris.

The giant forward says he will miss being in the UK and made a lot of friends in his season with the Tigers. He still keeps in touch with people like Tom Watkins, Jason Silverthorn, Matty Davies, Sam Zajac and Dan Scott.

His final season in the UK was a special time for him too, “we had a really good offence and it was just fun to be part of a group like that” he said.

So would he recommend other people try moving to Canada?

“For sure” he says. Canadians are a friendly bunch, and “the winters are a little cold, but summers are really nice”.