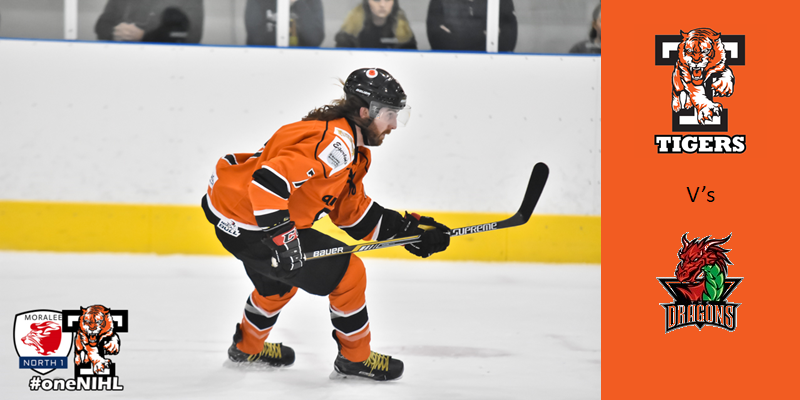 The 31-year-old only arrived in Telford at the end of last month, having ended his 18-month spell as player-coach of the Dragons IHC days earlier.

McKenzie previously won the EPL and captained the Tigers from 2011 to 2014 and his return so far has produced one goal and a number of assists in his first four games.

Telford are still five points adrift of Moralee Conference leaders Sheffield, and McKenzie will be focused on regaining ground at the top of the standings.

He said: “It’s great being back in Telford, Tigers are challenging for silverware and I aim to help them all the way. It is a different challenge for me personally than when I was in Deeside, here I am just concentrate on playing, skating hard and helping the team on the ice, leaving Tom to get on with the coaching”

Deeside remain firmly rooted at the bottom of the Moralee Conference standings after collecting just two points in 13 games, while conceding 131 goals, But with McKenzie having coached the majority of this year’s Dragon’s squad, he is sure they will present a tough examination of Telford’s title credentials.

He added: “It’s going to be a little weird playing against the Dragons. I spent a good year and a half there and made some really good friends. In saying that, it’s important that we come out ready to play a fast and clinical game. The Dragons will work hard and if underestimated can cause teams problems. So it’s critical that we turn up to play and make sure we out work them. I’m a little apprehensive of the game but once the puck drops in sure that will fade pretty quickly.”