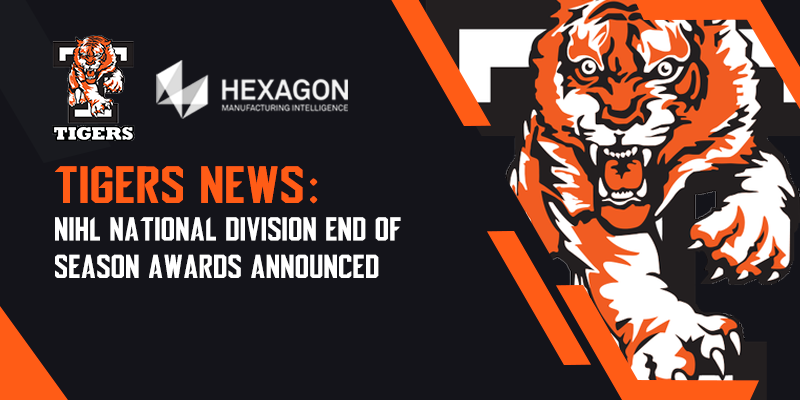 NIHL NATIONAL DIVISION END OF SEASON AWARDS ANNOUNCED.The National Ice Hockey League is pleased to announce the National Division all-star teams and end of season awards for 21/22. As the curtain comes down on the second NIHL National campaign with the Final Four weekend in Coventry, a poll of clubs and media has revealed the first- and second-team All Stars as well as Player of the Year, Young Player of the Year and Coach of the Year.

Voters were asked to name their selection in the individual categories as well as their all-star line – one netminder, two defence and three forwards.  All of the votes were combined to produce our final winners announced today.
Congratulations to everyone selected and here’s to a successful Final Four weekend for those involved on and off the ice

PLAYER OF THE YEAR
An almost unanimous choice from clubs and media, bagging over 50 goals, over 100 points and many highlight reel moments throughout the season, the NIHL National Player of the Year is Kieran Brown of the Leeds Knights.

YOUNG PLAYER OF THE YEAR
A much closer vote with several worthy nominations notably Ed Bradley and Jack Hopkins, however once again the winner is Kieran Brown of Leeds Knights.

COACH OF THE YEAR
Combining his role with that of GM, winning the League in both seasons of its existence and once again building a great team which is arguably greater than the sum of its parts, this was again an almost unanimous choice with voters.  This season he also returned to the ice as injury cover and played alongside his brother Jack and son Sam.  NIHL National coach of the year is Telford Tigers’ Tom Watkins.